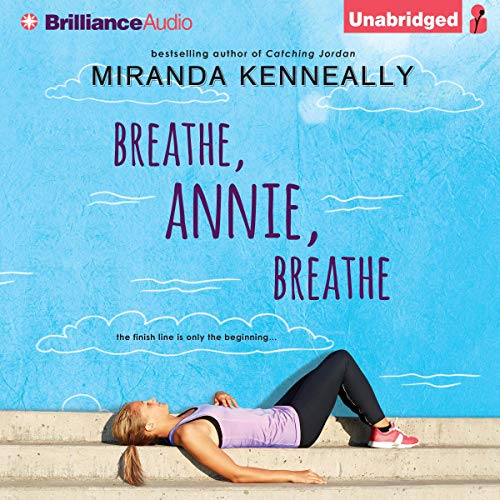 By: Miranda Kenneally
Narrated by: Nancy Wu
Try for $0.00

A poignant love story about fate versus choice from today's upcoming Judy Blume.

Eighteen-year-old Annie Winters can barely run a mile without wheezing. Still, she's training to run the Music City Marathon in October. That's only seven months away. Running is so not her thing, but she has to finish what her boyfriend started - before he died.

Annie feels guilt that she's still alive and blames herself for his death; she has to do this to honor him. Plus training gives her something to do, it's a distraction. So is Jeremiah Brown. He's an adrenaline junky who runs marathons backwards. He flirts with Annie on the trails and it makes Annie feel alive and happy and guilty all at the same time. She wants to race into his arms and sprint in the opposite direction - because loving is a risk she's not ready to take again.