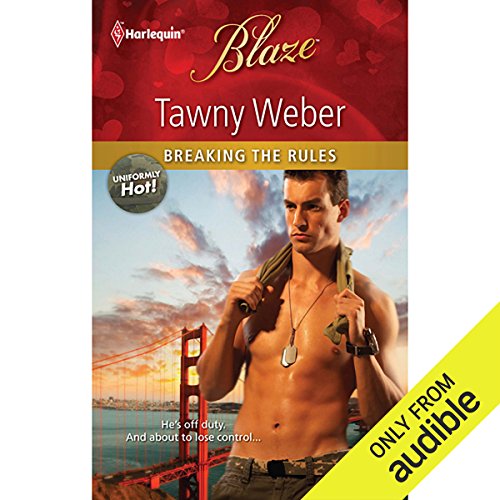 By: Tawny Weber
Narrated by: Ashley Adlon
Try for $0.00

Current Status: On leave after a year in Afghanistan.

Mission: Take some R & R. Check up on a buddy's little sister.

Max may be off duty, but he still has one last job to do. He's promised to look in on—but not fool around with!—his best friend's kid sister. Only once he meets Sophia, all thought of keeping his hands to himself go out the window.

Sophia, however, has different ideas. A recent widow, the last thing she needs is another man telling her what to do. Even if that gorgeous man leaves her drooling in a puddle of lust….

It's a battle of wills. Who will end up on top? Max breaks every rule in the book to keep Sophia in his bed. After all, all's fair in love and war.

And Max is counting on life with Sophia being a little bit of both.

What listeners say about Breaking the Rules

Don’t waste your money. I can understand independence but the heroine in this story was boarding on stupidity. Couldn’t wait for it to end.