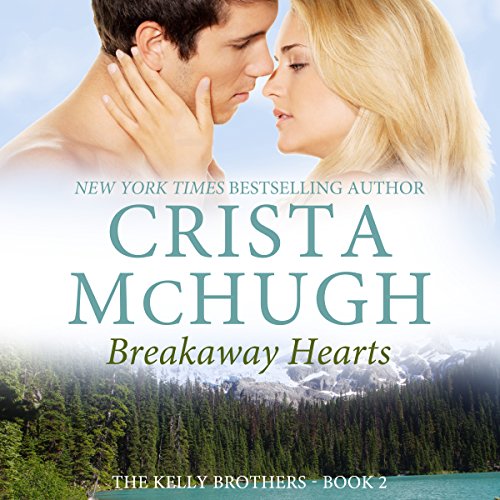 Can he melt her frozen heart?

Hockey star Ben Kelly has retreated to his mountain cabin in the ski town of Cascade, BC, to recuperate from a season-ending knee injury and contemplate his future in the NHL. He never expects to run into the one woman who got away. Nine years may have passed, but nothing has dulled the explosive chemistry between them. Now he wants more than just one night.

Hailey Eriksson had Olympic-sized dreams until an accidental pregnancy from a one-night stand halted her ambitions. Her life was shattered when her son died. Nothing will keep her from fulfilling her promise to him to make the Olympic team, especially not the charming Ben Kelly. Unfortunately, he's out to sweep her off her feet this time, and she finds him harder and harder to resist with each passionate kiss. But when he learns about the child he never knew, will their rekindled romance be on thin ice?

Warning: Contains two hockey stars with ice in their blood, a hero who is willing to battle his fears for a second chance, a heroine with a mean slap shot who lays it on the line in a bet, a small town full of busybodies, and a meatloaf that should be served with a four alarm warning. This story may also bring tears to your eyes (and not just because of Cindy's cooking).

What listeners say about Breakaway Hearts

I like the narrator. She is actually the reason I wanted to try this author and now I have a new author.

Sometimes some comes into your life, and you know they are the one. And sometimes they are taken from your life for one reason or another. Sometimes you find out why, and sometimes you don't. Ben Kelly met the girl of his dreams, Haily Eriksson one night after a game. Their chemestry was off the charts. After a smoking hot evening in bed, a miscommunication tore these two apart. Ben want on to be one of the top NHL players, until possible a career ending injure sidelined him. And Hailey's dreams of playing for the national Olympic Women's Hockey team were also destroyed due to an untimely pregnancy. These unfortunate circumstances brought these two back into each others lives. Will their painful pasts and secrets, keep them from finding their way back to each other?

I totally fell in love with these two! I adored Hailey's heart, personal strength, grit, and willingness to not let go of the sport she loved. And Ben's transformations from NHL playboy to strong and compassionate man, was extremely endearing. No matter how hard these two fought, I cheered for them the entire way. I loved how strong, and sometimes stubborn, each of the characters were. They both were slightly broken, when they found each other again. It was like they were missing puzzle pieces. Neither were complete with out the other. In the end, they held each other up. These two has several misses, but they destined to be together. And not to give to much away, but the final scene was just so sweet. It had me wiping away tears.

Therese Plummer is one of the top narrators in the business. Having her narrate this series, is such a gift. Her dictation and pacing are astonishing, and her character voices are unbelievable!!!! As a female narrator, it's can be extremely hard to do convening male voices. She does it seamlessly! While listening to her narration, I tend to forget that it's only narrated by one person. It tends to sounds more like an ensemble performance. She was able to capture this stories deep emotions. And she truly brought this story to life for me.

This book is an emotional roller coaster for the listener. It was sweet, funny, and even tragic in places! I really couldn't put this audiobook down. I was amazed at how well flushed out these characters were for such a short story. The dialogue was smart and touching. This has to be my favorite book in this series so far! Christa McHugh and Therese Plummer hit this one out of the part! If you are looking for a short, sweet read this one's for you.

Another great story by Christa brought to life with a great narrator. I loved listening to the story of second chances at love and sports; of Ben and Hailey helping each other to fulfill their dreams of sports and love.

Kelly brothers get better and better

This series of books get better and better with each one. This is such a heartwarming tale of two people who were destined to be together but not finding each other until 9 years later. A great story.