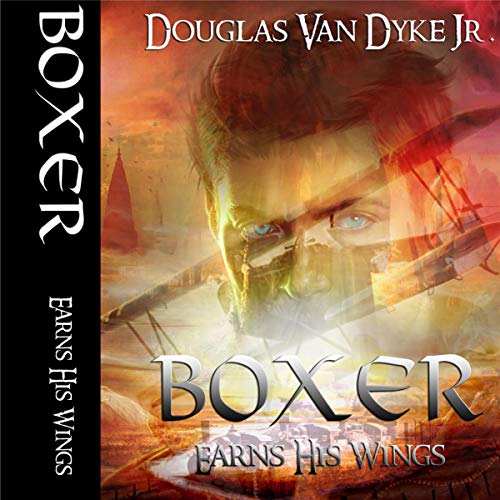 "Everyone calls me 'Boxer', as if I was the only one."

Brian “Boxer” DuWold is feeling outdated in a booming industrial age of electricity, magnetism, and stiff competition between steam and fossil fuel engines. The tough conman makes a living off gamblers, using prize-fighting rings, or shooting matches. Few realize his livelihood supports his blind sister; unfortunately, the suits of the United Republic Agency use this leverage to their advantage.

The United Republic has seen a lot of technological advances since defeating the southern rebels in its Civil War years ago. Now, the territory of Texico has won its independence from Meztica, and is considering joining the UR. One hitch: the mad scientist who helped win the revolution for Texico is pursuing his own agenda, which includes a train full of chemical explosives steaming straight for the capital! The doctor is rumored to have zombie soldiers, steam war machines, and high-tech weapons at his disposal. Boxer barely has time to grab his brass knuckles and six-shooter before URA men send him on a mission that one team has already failed. He’s loaded into the most advanced biplane of his time and tasked to stop the train. It’s time to buckle in for a wild ride of an adventure.

What listeners say about Boxer Earns His Wings

Such a great story and written very well. Characters are relatable. Narration was done quite well, adding some good voices and sounds.