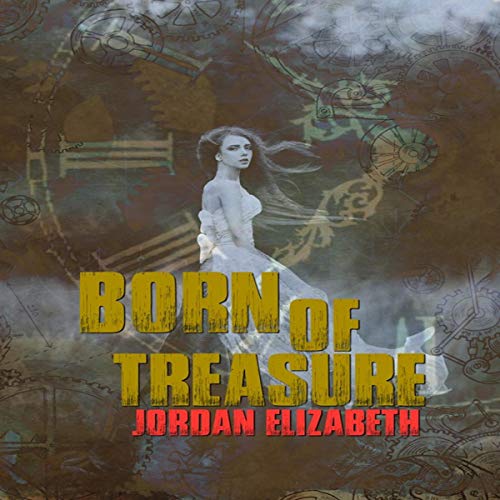 By: Jordan Elizabeth
Narrated by: Sara Chambers
Try for $0.00

Clark used to be a miner, until he drank from a vial he swore was absinthe but was actually an invention to give him the ability to raise the dead. Now Clark seeks to fulfill his father's wishes to keep other inventions away from Senator Horan. His beloved Amethyst is along for the ride. Deceit, drama, romance, the insidious underbellies of gangs... How can she not be involved?

Clark can't hide behind the Treasure name forever, and the army still wants him for his secret abilities. If Captain Greenwood can't snare Clark, then he'll use the Treasures as collateral. Saving his father's inventions will just have to wait, especially now that the Treasures have been kicked off their ranch and driven into exile. Clark knows how to survive on the run, but that's not the fate the Treasures deserve. He can surrender to the army or fight for his freedom, but Amethyst has other plans for fixing their troubles. She's come across another one of the vials that gave Clark is abilities, and it looks mighty tasty.

What listeners say about Born of Treasure

I absolutely adore this series. I listened to this one on Audible thanks to Jordan diving into the format. Man, I am so glad she did because this series is bloody brilliant. I love the adventures of Amethyst, Clark, and the entire Treasure and Grisham families. The narration left me severely wanting as it sounded like the narrator was in a cave (massive echo) and she had no emotion to the dialogue. Either way, the story still gets a 5/5.