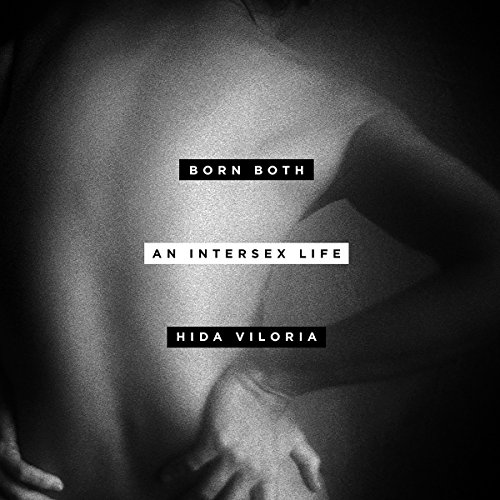 A candid, provocative, and eye-opening memoir of gender identity, self-acceptance, and love from one of the world's foremost intersex activists.

My name is Hida Viloria. I was raised as a girl but discovered at a young age that my body looked different. Having endured an often turbulent home life as a kid, there were many times when I felt scared and alone, especially given my attraction to girls. But unlike most people in the first world who are born intersex - meaning they have genitals, reproductive organs, hormones, and/or chromosomal patterns that do not fit standard definitions of male or female - I grew up in the body I was born with because my parents did not have my sex characteristics surgically altered at birth.

It wasn't until I was 26 and encountered the term intersex in a San Francisco newspaper that I finally had a name for my difference. That's when I began to explore what it means to live in the space between genders - to be both and neither. I tried living as a feminine woman, an androgynous person, and even for a brief period of time as a man. Good friends would not recognize me, and gay men would hit on me. My gender fluidity was exciting and in many ways freeing - but it could also be isolating.

I had to know if there were other intersex people like me, but when I finally found an intersex community to connect with I was shocked, and then deeply upset, to learn that most of the people I met had been scarred, both physically and psychologically, by infant surgeries and hormone treatments meant to "correct" their bodies. Realizing that the invisibility of intersex people in society facilitated these practices, I made it my mission to bring an end to it - and became one of the first people to voluntarily come out as intersex at a national and then international level.

Born Both is the story of my lifelong journey toward finding love and embracing my authentic identity in a world that insists on categorizing people into either/or and of my decades-long fight for human rights and equality for intersex people everywhere.

"Viloria's personal, positive, vibrant, and emotional work of advocacy will educate and affirm." ( Booklist)
"A valuable resource for those seeking first-person narratives by intersex people." ( Publishers Weekly)
"Intelligent and courageous, [ Born Both] chronicles one intersex person's path to wholeness, but it also affirms the right of all intersex and nonbinary people to receive dignity and respect. A relentlessly honest and revealing memoir." ( Kirkus Reviews)

What listeners say about Born Both

Honest and Raw and such a Gracious telling.

What made the experience of listening to Born Both the most enjoyable?

That she was able to tell the story of how society really views her community with such grace. She's correct in that more people will listen and actually hear what you're saying if you don't come at anyone with your defenses up.

What was one of the most memorable moments of Born Both?

The part of Hita just wanting someone to love her during her rough times in school, and with her parents' fighting, and wanting to drink the poison. It was so raw and so brutal. I could hear the pain in that, and while I'm glad she was able to share, I hope it was therapeutic at least, to be able to tell it.

Yes. It was very hard to shut it off. Each time, I had to stop and process before I went on to the next part of my day.

The way Hita's mother called her by her given name. It just melted me. She had been through some really rough patches, yet she had that soft mommy-speak in the way she called her by that musical name. Choked me up at every mention.
I'd like to comment on one of the videos I watched as I checked them all out as they were mentioned. The arrogant doctor on 20/20 who made the statements about society not being accepting about intersex, etc..I feel like 'society' is all him. It was more about his own non acceptance. Why does anyone need a label? Can't people just be who they are? Human beings? Hita? Me? Do we really need a disorder or a label in order to be acknowledged as human beings? Do we need any of that in order to be a productive member of society?
Hita's graceful manner of teaching about awareness acknowledges and touches and includes so many who just want to be heard and loved. And that's what she does-she loves unconditionally. She deserves the very same.

THIS IS A GOOD BOOK that really gets into the nuts and bolts of intersex - so to speak...I did find it overly long but I'm sure the distinctions she makes are very important to those who's lives are effected which mine is not. I do admire her openess and sincere dedication to making this information available to a wider audience.

Certainly not both sexes as the author establishes this fact by the end of chapter 1; whom was even told by a doctor she was normal in this chapter. Hida Viloria either lied about being intersex, or does not understand what the term intersex means. I will choose to believe the latter until further notice. I got as far as listening through chapter 4 and just lost interest. For one, this book is not an account of an intersex person's life, which initially caught my attention. Instead, this autobiography is about a less than unique lesbian (yeah, a larger than average cl!t for a woman isn't all that rare nor unique) and her romances with other lesbians. That's it. Unless one is into lesbian literotica, it's pretty much unremarkable.

A must read to understand

Wow! I couldn’t shut it off .. I was CLUELESS to their plights ..ugh !!!
First, I think the Author needs to be thanked for taking time to write & share this very personal gritty story. She did an amazing job of telling her life experience . Im sure very private parts were hard for her to lay bare to the public , but so important to understand her pain & experiences thus far in life, & her fight for understanding their plights. I’m glad she has taken the time to enlighten us with information about herself and others’ struggles . Helping us better understand a situation it seems no one can even agree upon the ‘pc’ way to label discussing .
Now days you can with offend one ‘camp’ or another . ..hard for outsiders to know . So she helps with that too .
She shares the fact that it’s such a delicate situation emotionally for so many people suffering,& how could the rest of us know with out her sharing ? Stories need to be shared to enlighten the public understanding, & stop the hateful rhetoric slinging . I believe good hearted people would try to help stop the pain if they only knew. I’m amazed at the statistics of how many babies are born with this & people that must be struggling.
Her explanation of how scary it was to do some of her talk shows and articles makes you applaud her ultimate bravery . She had a lot in the line emotionally and with family , friends , job , community etc. But good for her for getting it out there & not quitting when she got offended repeatedly. More applause for the fact that she didn’t always have any support system physically or financially, but still kept on going.
Fact is , if you or a loved one doesn’t struggle with any of these significant situations , the power we have to inflict pain upon people who do , is both ridiculous & avoidable .
I praise her for her advocacy and helping bring awareness to the public eye . Maybe harm to future newborns can be avoided by having more information available. I think she has opened a marvelous Pandora’s box the medical community may have wanted to keep closed . You want to believe Dr.’s try to do the right thing . But these babies can grow up to be angry screwed up adults that may have wanted to have their own choices ..
(Think how much $ involved too...& potentially cancer causing hormones...) When you choose for your child , they have no say . What a tough call for these families.
Sharing her journey of self discovery and as a developing,( maybe even unwitting in the beginning) advocate is so amazing to hear & FEEL as you’re hearing her tell her story . Powerful. I love that she chose to read it for us .
Wow , it is so completely intimate and personal and obviously painful for her on so many levels . I can’t believe she had the courage to do all she has done !
Amazing you! Go get them girl ! Keep up the good fight .
I believe it’s a great read & I love the prick at the moral consciousness in its message. It needs to be addressed. All of this Gender confusion going on out there is not so black and white . Not so clear cut as outsiders looking in may think . What pain these people suffer . We all need more enlightenment to understand how to help .
A great read , thanks for writing it Hida!

Amazing insight into intersex thinking and feeling. Great NY stories. Love the voice of the writer, thx for sharing!

Authors should not narrate their own books!

Mildly interesting, but narration is unbelievably annoying. Note to all memoirists -- hire a professional narrator!