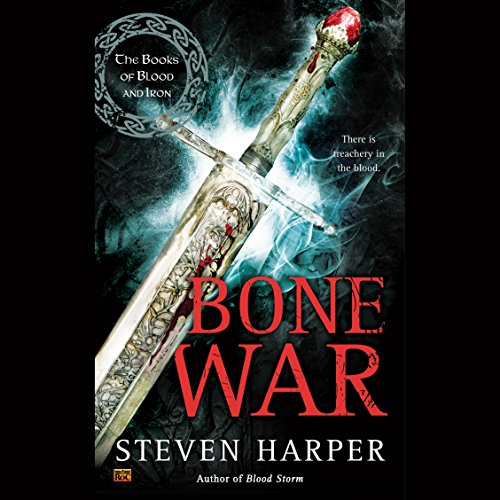 The author of Blood Storm and Iron Axe returns with the third Book of Blood and Iron - where Danr the half-troll must stop two vengeful queens from razing the world to the ground.

From their sacred Garden, the three fates control all life and maintain balance in the world. But one of the fates has been captured by the evil elf queen, placing the future of every being, including Death herself, in jeopardy. And only one hero can defeat the elf queen: Danr the half-troll.

In order to rescue the missing fate, Danr must first acquire the fabled Bone Sword. Normally Danr would expect his companions to help. However, they are currently in pursuit of a mysterious creature who seems both oddly familiar yet dangerously unknown. But one thing is certain for all of the adventurers: failure is not an option.

I loved the first two books but this one just got booring and redundant. I quit listening after the first 4 hours. :(

This was basically a non-stop read for me. Steven Harper had me on edge. Well done good sir