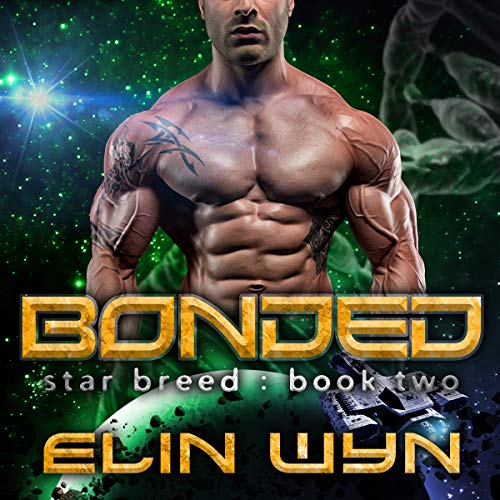 By: Elin Wyn
Narrated by: Beth Roeg,Noel Harrison
Try for $0.00

She doesn't need anyone. He's not going to let her go.

Eris Vance, salvager and loner, is happy with her life in the remote fringes of the Empire with just her AI for company. An abandoned ship could be the find of a lifetime, but it's not nearly as empty as she thinks. And the hulking man left behind kindles a heat she's never felt. But will he stay through the coming storm?

Connor is the perfect soldier - he's been made that way. Waking up to the destruction of the world he knew disturbs him almost as much as the gorgeous woman who found him. Her scent, her touch distracts him, and just this once, maybe he doesn't care.

The Daedelus is filled with secrets and the results of genetic experiments to breed the perfect soldier...and now that she's awakened him, the mystery of its destruction will hunt them both. Can the growing bond between them survive?

Bonded is the second science fiction romance novel in the Star Breed series.

What listeners say about Bonded

not too bad a story

the story line is ok but the narration is terrible ! I mean the female's narration is but the male's is not bad at all! I will most definitely not EVER get a book she does ! I literally cringed each time she spoke!