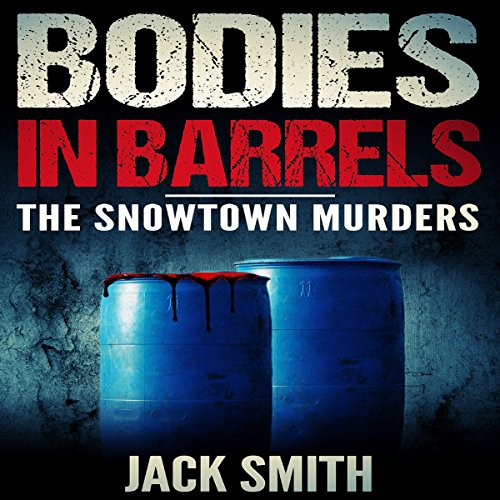 Bodies in Barrels: The Snowtown Murders

This gang of serial killers did unthinkable crimes. It's hard to believe that their story is not a work of fiction. But it's not!

Most serial killers work alone. Killing is usually a private crime, something that mass murderers are keen to keep hidden. But this is not always the case. During the 1990s, a small town in Australia witnessed first-hand how devastating, horrendous, and effective a gang of serial killers could be. Snowtown, South Australia, was a sleepy little community. After John Bunting convinced his accomplices to embark on a killing spree, however, it would never be the same. This is the story of the Snowtown Murders.

It takes a particular kind of psychopath to not only carry out torture and murder but also to bring in others on the act. In this book, we will learn how one man was able to convince regular men that what he was doing was not only right, but also that they should join in. Together, the gang of four men became responsible for what were later known as the "bodies in the barrels" murders. How could seemingly ordinary folk be so easily convinced to commit horrific crimes? Brutal murder, the carving up of bodies, and the moving of corpses to stay one step ahead of the police - the series of homicides was one of the worst in Australian history.

Usually, serial killers either operate in major cities or drift between smaller towns. But as we shall see, the men in this story moved and murdered in the same small community for an extended period of time. In a way, they believed they were helping. In reality, they were leaving a lasting impact that the community of Snowtown would remember forever. To this day, the town still has not recovered. But what could have left such a lasting legacy? How horrible were the murders? How convincing a man was John Bunting? This book aims to answer all of your questions.

What listeners say about Bodies in Barrels: The Snowtown Murders

I read about serial killers a lot and I remember the snowtown murders but I didn’t know the specifics. I highly suggest this book but it is not for the light hearted.

Chilling - even for an avid reader of true crime.

The narration was excellent - clear and sonorous - not at all distracting or mechanical.

The book was well-written and very interesting. I can't find anything to criticize, considering the genre, except that it was too short.

Kept my attention throughout the story, was easy to follow and well versed. This was a lot better then the movie and the other books I have read about this particular crime. Worth the read.

I didn't really enjoy this. Had trouble following story line. Rather jumbled to try& follow.

Great book to listen to but unbelievable of what these people have done to not only the victims but also their families that have to live without them.


the story was well told and factual. finished a bit quick though. wish it went longer.

TRUE STORY A SECOND TIME AROUND

Having read the book a long time ago this was a good recap of these horrific events. I probably would have liked some more details re the court case involving these low life . Maybe that is just my way of hoping these men felt some of the terror their victims experienced.

A fascinating story, detailing a slice of Australian history. Unfortunately, I found myself frustrated with the narration. Dylan White’s clipped British accent has got to be an affectation, and I presume he is, in fact American. His pronunciation of certain words drove me up the wall! “Barry” became “Berry”, “caught” became “cot”, “small” became “smoll”. Infuriating. I found myself relieved when it was over.