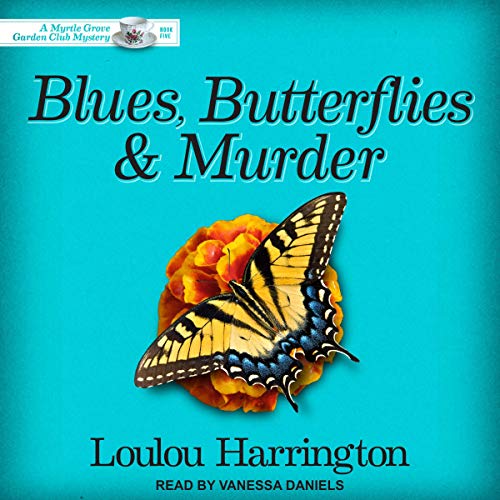 By: Loulou Harrington
Narrated by: Vanessa Daniels
Try for $0.00

Jesse Camden is minding the store at the Gilded Lily Antiques and Vintage Shop when a stranger enters and begins asking questions about Jesse's friend and business partner Lindsey Hatch, who is also the barista at the tearoom next door. It's a bad beginning to a day that just gets worse when, within hours, two people are found dead.

While trying to learn more about the man who's stalking Lindsey, Jesse and Vivian Windsor find his body in a motel room. When it turns out they are also the last two people to see another victim alive, they become prime suspects in both deaths. Before the afternoon is out, Lindsey joins Jesse and Vivian at the sheriff's office to defend themselves, and the ladies of the Myrtle Grove Garden Club go on high alert to solve a 12-year-old mystery and bring a killer to justice before one of them is charged for a murder they didn't commit.

An easy read. One that you could read sitting in a comfortable chair in front of a little fire with a cup of hot chocolate on the table beside you.