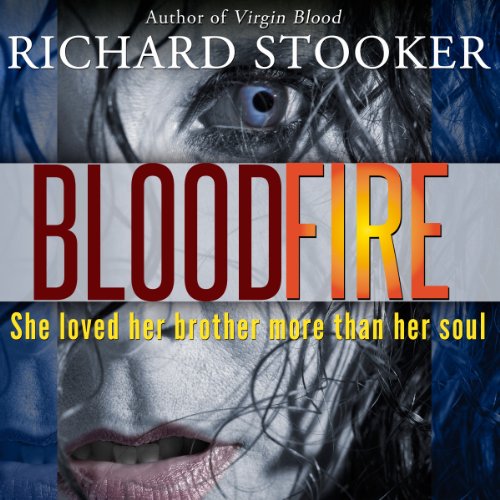 By: Richard Stooker
Narrated by: Vesper Naiad
Try for $0.00

But the Boyar already cut Ion's throat and buried him in unconsecrated ground.

Their mother knows Ion returns tonight for his sister. Can she convince the priest to grant him absolution? Or the Boyar to protect Elena from the brother who sinned with her even while still alive? Does Elena want protection from her brother?

In the Middle Ages...

Vampires didn't introspectively brood on the meaning of their existence.

Vampires did not possess souls.

Vampires couldn't control their lust for blood - and didn't want to.

If you can handle a vampire who's more than just a tall, dark "bad boy" gone undead...

If you can handle a vampire who wants nothing out of death but blood from the living...

If you can handle blood lust mixed with a young girl's illicit longing for the only man who ever showed her kindness...

A short story, it originally appeared in The Vampire's Crypt 5, Spring 1992.

What listeners say about BloodFire