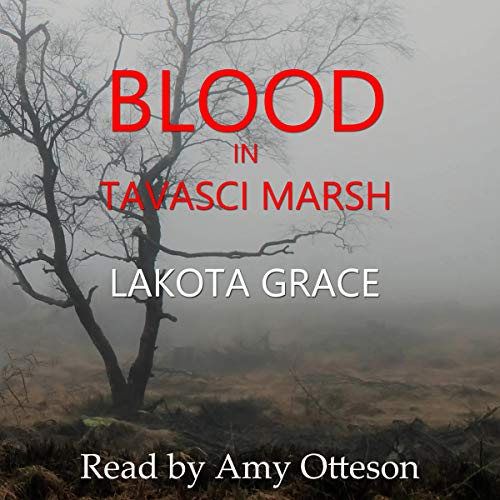 By: Lakota Grace
Narrated by: Amy Otteson
Try for $0.00

“When the young man parked his restored Trans-Am in front of our office and walked in, I knew I had a choice. I could either hide behind the do-nothing assignments that my new partner had relegated me to, or I could deal with this guy’s problem. I dealt.”

That brash decision lands Pegasus Quincy in the midst of a hostile murder situation. She alienates her new partner and almost gets him killed. She ignores regulations and jeopardizes an ongoing investigation.

Just when she thinks things couldn’t get worse - they do! She encounters the Nettle family: an insanely jealous wife, a banished son, and a sister whose little girl has been traumatized by an explosion at the illicit family whiskey still. Don’t forget the seven-month pregnant mistress, either. All have good reason to kill the patriarch and nobody's talking.

Peg is furious when her own life is threatened. But somehow, she must discover who killed old man Nettle before it is too late!

What listeners say about Blood in Tavasci Marsh: A Small Town Police Procedural Set in the American Southwest

This is the 2nd book in a series. I did listen to the books in order but each one can be read as a stand a lone. The story had some plot twists that keep your attention, enough so that I listened to the rest of the series. I did receive a free copy from Audiobooks Unleashed.

This is book 2 in the Pegasus Quincy series and I am really enjoying listening. I started off with the 5th book and loved it. Now I am working my way from book one and learning how all the wonderful characters came to be. The narrator for this series does a wonderful job of keeping you entertained and involved with the story. Amy Otteson is great. I am looking forward to book 3 and what the cast of characters will get involved with. I was gifted this book with the understanding that I would leave an honest review.

Peg is the rookie on the force, and they won’t let her forget what she had done. Killed a man while on duty, they have never had to do that, and so no reason why she had to. A man estranged from the family, concerned about his father. Saying they were to go hunting together, the sister said her brother is scared of guns. A young child was seriously injured when a still was on fire. Now a man floating in the travasci river. Peg bends the rules, in this little town of four hundred people and they don’t lock doors. So then how come there is a murder. Her stories flow and with a good mystery.
Given audio for my voluntary review and my honest opinion

All suspects lie. And so do their family members. Well, except for the little girl who went mute at the same time that her uncle was killed and she lost the use of her hand from burn scarring.
Deputy Peg Quincy must see the department shrink before getting her service weapon back after a justified shooting that left the hostage alive and her husband not. Problem is, her overseeing partner and a new murder investigation keep getting in the way. Excellent mystery with plenty of twists and red herrings!
Amy Otteson continues to be the voice of Deputy Peg Quincy.

This is a small town drama where a murder is committed. A mystery with greed, jealousy and hiden truths.

Peg is still haunted by the results of her last case. Now she’s got a partner and they are thrown into a very involved case. Can she move beyond and get to the bottom of this new mystery, or will this be the end of her law enforcement career?

Lakota Grace does a great job of pulling together a lot of details to keep the case interesting. Things are not always black and white, and this keeps the story real.

I think Amy Otteson did a nice job with the narration. I especially like her portrayal of Peg.

There's some unsettling lack of attention to chronology in this story. An appointment was made then never mentioned again. Events are described as having happened when it seems sufficient time has not passed for those events to have occurred. Much of the plot seems contrived and some interactions between characters don't make sense. But these are all minor annoyances. The mystery is suspenseful and the main characters are interesting.

Amy Otteson is a good voice for Peg, and she attempts to give distinctive voices to the other characters, but many of the male characters sound too similar and she does not perform accents well at all.

This is an entertaining mystery, but there's room for improvement.

Oh what webs we weave!

I was given this for a honest review. Page a sheriffs deputy has a new death in the small town she works for, but she has some overcoming of her own to do before she can fully do the job. She gained a partner whom she doesn't think likes her to much. Will the ways of the small community drag down the investigation?

The book had a lot of mystery, who done it. There are two women involved with one man, a new baby on the way and a whole lot of adult children. Does this stem from a previous accident or something all together different. Was a very interesting read and I like it, I also did not read book 1 so was glad there wasn't any confusion and I was able to jump right in.

3.5 No Rest for Small Town Cop

Summary: When a shady patriarch’s body shows up in the marsh, Peg gets wrapped up in a family saga.

- I noticed in the first book that the author had a tendency to leave chapters with a little comment like “if I’d have known what trouble…” I’ve never liked that technique. This book seemed to have more of that. It’s meant to make the chapter a cliffhanger so you’ll want to continue. I guess it could function like that. More often than not, it just annoys me. (I’ve definitely used the technique before. It just seems overused here.)

- 3/5 stars Narration: Second time around, I’m used to the voice now. Struck me as an odd choice in the first book. There were less editing mistakes this round.

- 4/5 stars Side Characters: The whole Nettle clan seems very quirky. Aurora’s a sweet kid. Everybody else has some screws loose. I think that’s part of their charm.

- 3/5 stars Main Character: Peg’s still learning, but there’s only so long that excuse is gonna fly. I’ll elaborate a tad below ads.

- 3.5/5 stars Plot: Things moved forward, but did reply on some convenient mishaps to unfold a certain way.

- I do like that not everything’s black and white, clear cut good vs. evil. It makes the messy business of being a small town cop more realistic.


Conclusion: It’s not quite cozy mystery, but it’s clean and interesting. Still reminiscent of a Joanna Brady novel.

*I received a free copy from the author. I was not obligated to review. These are my honest thoughts.

Family has got to stick together.

Mingus, population about 400. In charge of the policing, Deputy Shepherd Malone, now nearly at retirement, and rooky Pegasus Quincy, recently suspended for killing someone and resentful at now having to take orders from someone else. A murder:, Calhoun Nettle, reported missing by his estranged son, Howard. An illegal whiskey still and the perceived importance of family and blood.Sent

Written in the first person as seen through the eyes of Pegassus, know as Peg, this is more the story of small town interpersonal relationships and rivalries than a police procedural, and traces the growth of understanding of Peg herself. The story has a reality about it, despite the somewhat unorthodox scenario, and is an enjoyzble, immersive read. There is humour too, with occasional delicious little comedy vignettes such as Peg's attempts to give medicine to a tiny cat named Fluffy. Narration by Amy Otteson is good: her reading well paced and modulated and she makes an excellent Peg. Surviving of the other female characters is also individually distinct but she lacks the timbre to full voice the male protagonists, unfortunately. Still, a good performance overa!l.

My thanks to the rights holder of Blood in Tavasci Mash, who, at my fequest, freely gifted me with a complimentary copy, via Audiobook Boom. This was not exactly the book I had been expecting but was, nevertheless, very enjoyable. Recommended to readers who enjoy small town quirky characters with a little light policing and personal angst also added to the background murder mystery.