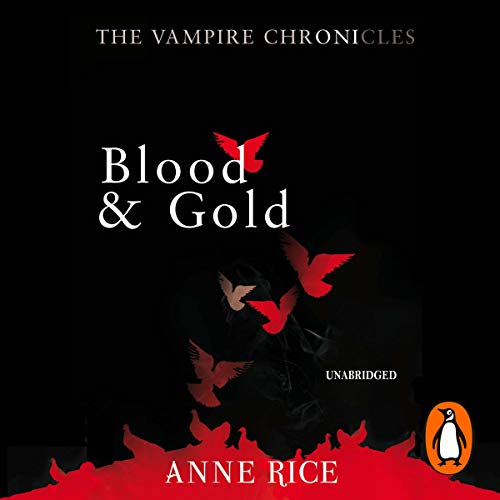 Here is the gorgeous and sinister story of Marius, patrician by birth, scholar by choice, one of the oldest vampires of them all, which sweeps from his genesis in ancient Rome, in the time of Emperor Augustus, to his meeting in the present day with a creature of snow and ice.

Thorne is a Northern vampire in search of Maharet, his maker, the ancient Egyptian vampire queen who holds him and others in thrall with chains made of her red hair, 'bound with steel and with her blood and gold'. When the Visigoths sack his city, Marius is there; with the resurgence of the glory that was Rome, he is there, still searching for his lost love, Pandora, but bewitched in turn by Botticelli; the Renaissance beauty Bianca, with her sordid secrets; and the boy he calls Amadeo (otherwise known as the Vampire Armand).

Crisscrossing through the stories of other vampires from Rice's glorious pantheon of the undead, haunted by Pandora and by his alter ego, Mael, tracked by the Talamasca, the tale of Marius, the self-styled guardian of those who must be kept is the most wondrous and mind-blowing of them all.

What listeners say about Blood and Gold

Didn’t want this to end

So good I didn’t want it to end! Brilliant story and an amazing job by the narrator.

the narrator absolutely made this book for me. fantastic narration to go well with the authors writing, amazing as always.

This was pretty good considering I didn't really like Marius in the previous books. I really liked Pandora and Bianca, and again I felt sorry for poor Amadeo (Armand). The narrator was also very good in this one.

A captivating history of the powerful "Old ones"

Beautifully crafted and well worth the time, however slightly let down by the prologue-epilogue story