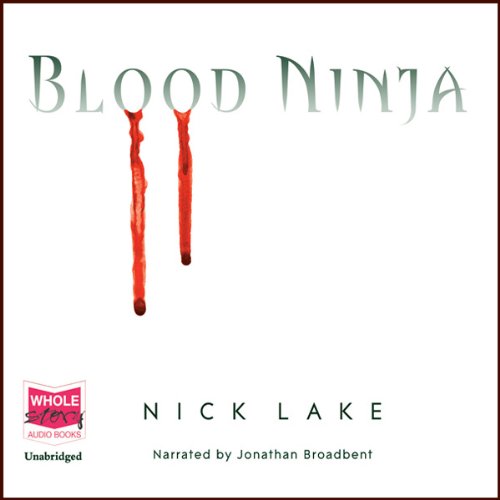 By: Nick Lake
Narrated by: Jonathan Broadbent
Try for $0.00

A fisherman's son is snatched from home to fulfil his true destiny in this thrilling novel of ancient curses, warring emperors, forbidden love...and blood-sucking ninjas.

Taro is a boy from a coastal village in rural Japan, fated to become a fisherman like his father. But in just one night, Taro's world is turned upside down - and his destiny is changed forever.

Skilled in the art of silent and deadly combat, ninjas are the agents of powerful nobles who rule sixteenth-century Japan. So why did a group of these highly trained assassins creep into a peasant's hut and kill Taro's father? And why did one ninja rescue Taro from their clutches, saving his life at enormous cost?

Now on the run with this mysterious saviour and his best friend Hiro, Taro is determined to learn the way of the ninja to avenge his father's death. But if they are to complete their perilous journey, Taro must first evade the wrath of the warring Lords, decipher an ancient curse, resist forbidden love - and come to terms with the blood-soaked secrets of a life lived in moonlight.

What listeners say about Blood Ninja