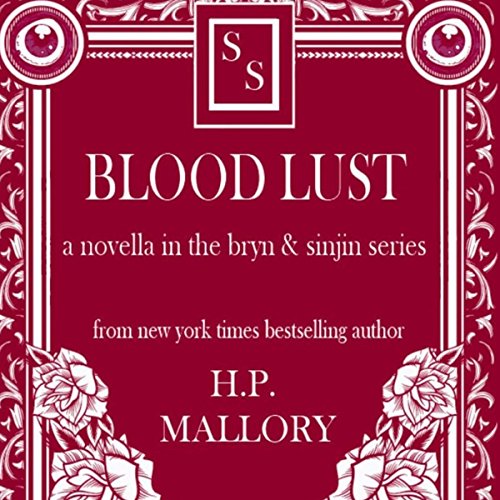 If you like your books steamy (this is a Paranormal Romance Series For Adults!) and you appreciate a cocky, alpha male vampire, listen on!

Blood Lust is a novella in the Bryn and Sinjin Series. The first book is Sinjin.

Please note: Because Blood Lust is a novella, it isn't as long as the other books in this series. This novella falls in chronological order and should be heard after The Scent.

Blood Lust, written in the perspective of gallant and undead gentleman, Sinjin Sinclair, picks up right where the second book in the series, The Scent, leaves off.

Sinjin is understandably irate over the treatment Bryn received when she was taken hostage by those who were once her own people. Even though Sinjin was able to rescue Bryn and Betta after their escape attempt and deliver them to the safety of Queen Jolie, it is clear that Bryn's pain runs deep.

Sinjin wants nothing more than to help Bryn heal but she will have none of it, instead growing cold and distant.

Outraged that he is unable to break through Bryn's walls, Sinjin takes matters into his own hands when he decides to avenge her....

What listeners say about Blood Lust

Where are the rest?

Why am I listening to a novella in a series that has yet to become available on audio book?