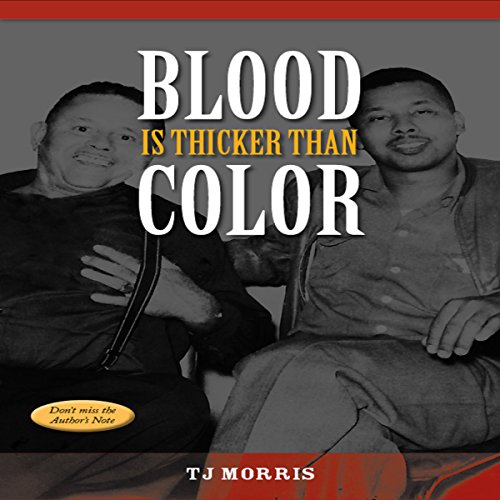 Blood Is Thicker Than Color

A historical fiction based in the 1920s. The protagonist, named Eugene "Jack" Brewer, is a mulatto man who had an unfortunate mishap with a white sheriff, during which a woman was killed in the crossfire. Jack fled north to Chicago and was labeled a fugitive in Mississippi. Once in Chicago he was able to pass himself off as white, but he always had the fear of being caught. Jack was also related to the ex-governor of Mississippi, Earl Leroy Brewer.

What listeners say about Blood Is Thicker Than Color

After reading the book, I wondered if I would enjoy the audible version because of my personal connection with this story- a family member in the story (my great uncle Norman) and growing up in this area. As I began to listen to the voice chosen to read and give life to the different characters within, I found myself visually stimulated and wanting more.

My visual senses were awakened as I visited my of the towns and counties that I grew up visiting as a child. For example, I was at the church picnic and on the farm with my Great Uncle Norman. I was also on the train with going to my hometown Greenwood, Mississippi and returning to Black Hawk where both sides of my family still live and own land.

Hearing my great Uncle Norman's name and part in this story added new memories about his life that I can cherish since his passing at the age of 102.

After reading and listening to "Blood is Thicker Than Color," I am reminded of the importance of this and other stories being preserved for my generation and future generations.

Thank you TJ Morris for your research and preserving these memories...our appetite is wet and we are waiting for more.