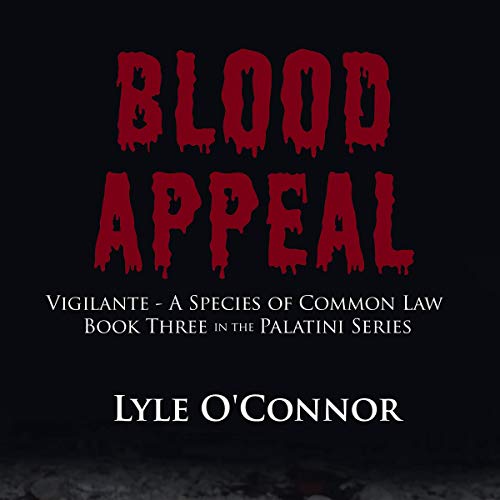 By: Lyle O'Connor
Narrated by: George Kuch
Free with a 30-day trial

News of a young girl, dead and laid out naked in a patch of blackberry brambles, spreads like wildfire and panics the community. No one can remember such a brutal, cold-blooded murder ever occurring in this quiet little town. Just like that, Walter, a stranger to the community and newly arrived guest of Miss Farmer, becomes a person of interest to the Barry County Sheriff. Walter must solve the case before incriminating secrets from his shadowy past can be discovered. He acquires useful information by assisting a local, inexperienced, newspaper reporter to uncover nefarious circumstances, unknown and unsuspected by law-abiding citizens of this community. Two Palatini associates come to his rescue. The trio discover they are playing a game that has put them in harm's way as they follow a trail of corruption, greed, and murder from Missouri to Alaska and back, all the while leaving bodies in their wake.

What listeners say about Blood Appeal

Unfortunately I forgot that I had attempted another of the Palatini series several years ago and found them difficult to appreciate. While I listen to an average of 3 books per month, I don't think I am a very tough critic. In large part they are a distraction for a 1 hr daily commute and my requirements are relatively minimal...decent reader, believable plot, engaging (or at least not repulsive) characters, I tend to very long books so character development is usually ok and that's about it. This book failed on all criteria as did the other one I tried. The plots are so far fetched they could only be appreciated by our current President, the reader's voice may appeal to some but his accent and delivery are difficult for me to listen to, and if you can make hit men and women likable, I guess he comes close but no cigar. It's just a disconnected, rather dumb plot and I would advise reader steer away from this entire series.