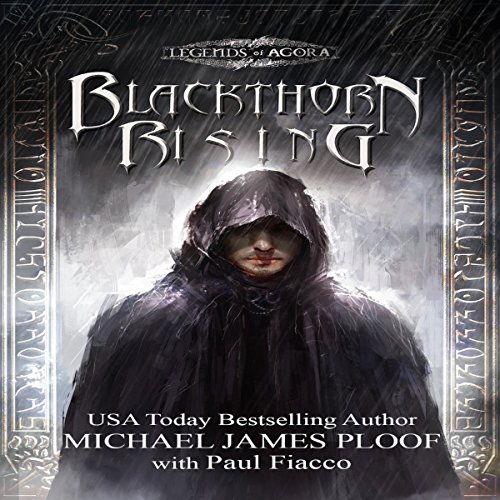 For 10 long years young Dirk Blackthorn has followed his drunken father from one city to another, always having to cheat and steal for his next meal, and never knowing what the future might hold. A magician turned con artist, Dirk's father Thad has taught him everything he knows. After being driven out of just about every southern city in Agora, they have come to Kell-Torey in search of a new beginning.

With winter on its way, and all but a rusty coin spent on his father's drinking, Dirk must make full use of his skills if they are to survive the harsh northern cold. As Thad descends deeper into his drunken delirium, Dirk becomes determined to make a name for himself in the city's criminal underworld.

Featuring two of Legends of Agora's most beloved characters, Blackthorn Rising is a fast-paced coming of age tale wrought with sword and sorcery. It is a story of failure and triumph, and a testament to the unrelenting spirit of defiance and adventure within us all.

What listeners say about Blackthorn Rising