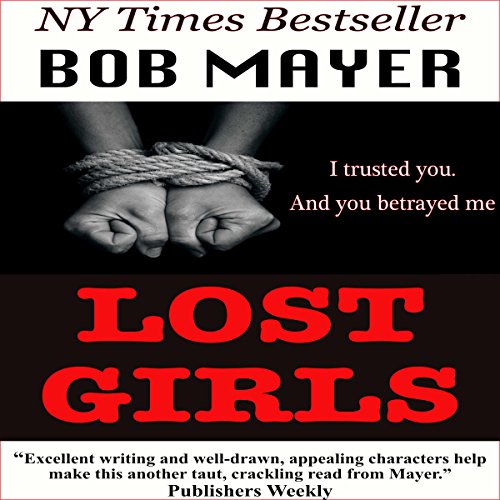 Over four million books sold. Translated into over a dozen languages.

Who polices the world of covert operations? Enter the Cellar, the most secret spy organization hiding deep within the United States.

Deep in the forests of Kentucky, a girl is held captive.

In Oklahoma, a young preschool teacher is murdered in front of her students.

In the Panhandle of Florida, a college undergrad is kidnapped from a nightclub.

These seemingly unrelated crimes catch the eye of the Cellar, the ultrasecret cell of operatives set up to police all other government agencies. Cellar operatives Gant and Neeley, along with profiler Susan Golden, must track down those responsible. But these are not ordinary criminals. They are a highly trained Special Forces sniper team. Crisscrossing the United States as new Cellar head Hannah Masterson calls the shots from up high, the Cellar operatives soon find themselves being targeted. Whoever is behind this knows the ultra top-secret Cellar's tactics all to well.

Underneath this web of death, deceit, and revenge lies an even more shocking crime...a conspiracy that powerful men will sacrifice their lives - and the lives of their families - to protect.

I'm all for hard-bitten heroes and lots of action, but this one's plot line is so convoluted and leaves so many questions that it's mediocre. Good thing it's short.

Forget Gant - I want Emily to join the Cellar!

Excellent narration. I actually have the Kindle version, as well, and tried switching back and forth. Without the narration, it feel flat and I had to listen to the entire book.

I like Gant and Neeley in the same way I like Jack Reacher - he's practical, smart, well-trained and he's not led astray by labels. There are good guys, there are bad guys, and he sorts them out. He's also willing to make sacrifices, which is a change from so many other books in the genre that are focused on saving everyone on the government's side, killing everyone else and letting authority make the rules.

Tension. Characters you care about. And masterful action

Holy smoke. Hardly a sentence went by without an increase in tension. I was guessing even at the end. Yet it all came together exactly as it should. My husband and I listened while on a road trip, and he was always eager to get back to this story.

I'd say, however, that the title doesn't fit. It's somewhat descriptive, but the storyline offers so much more.

I totally recommend this book and the audio version.

Wow! What a lot of betrayal going on! This is an exciting and entertaining action book.

I never tired of the story. Although I got sidetracked a couple times along the way, I went back and caught up so as to ensure that I didn't miss any of the many creative twists and turns. I'll read all of these I can get my hands on. Thanks!!!

This story was interesting. I don't normal follow this genre. I was pleasantly surprised. I would recommend this audio book to anyone who likes to read special ops type books.

A great read. Hard to put down. I found myself finding reasons to enjoy the story.

Defies the odds of female courage!

Keeps you guessing. Riveting and suspenseful. A recommended read. I wish their were strong language advisories on books though. Be prepared for repetitive F-bombs!

This is my first book by Bob Mayer. Fast paced from the beginning. Good narrator

Another solid read by Bob Mayer

It kept me reading, but on the edge of my seat, not necessarily. I was interested in where the story was going but it was not a nail biter. There were some surprises along the way and a well written story is always a pleasure to read. Having this on audiobook made it a great book to listen to while commuting.

bit different from the norm