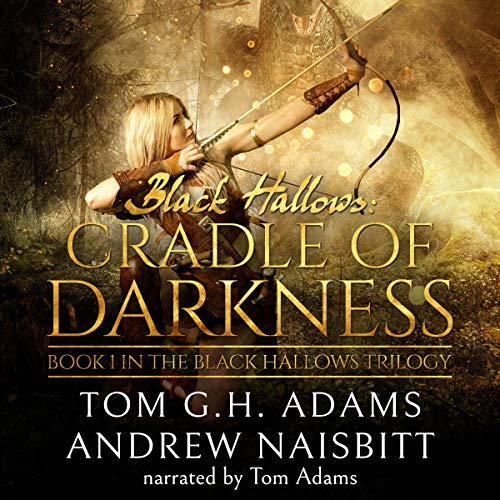 A cataract of evil has fallen over the planet Varchal as its orbit enters the influence of Sol-Ar, stirring up tectonic upheavals called Black Hallows. As malignant rains fall on the Imperious Crescent, those who access these sites are transformed into shadows of shame.

Accession to the Donnephon throne at the age of 18 has thrust monumental responsibility on Tayem Fyreglance, queen of the Dragon Riders. Yet, there is a greater burden to bear. Her people labor under the yoke of a cruel Cuscosian Empire, and now, they threaten the noble lineage of dragons.

Tempted by the dark magical power of the Black Hallows, Tayem seeks to rise up against the House of Cuscosa. Her adversary - Etezora, Queen of Cuscosia - has already taken in the purple effervescence of Hallows power herself and used it to deal death on those who stand against her.

As this confrontation builds, the subterranean Kaldorans and pacifist Gigantes are drawn into the storm - one race influenced by mischievous intent, the other by a mysterious dream world. With the Hallows now on the ascendance, it becomes clear that there can be no winners save the Hallows itself, and if it prevails, then only chaos will remain.

Immerse yourself in a tale of epic fantasy, where kingdoms plummet toward a war fueled by avarice, greed, and the lust for power. Cradle of Darkness is the first novel in a series that chronicles the reign of the Black Hallows.

Wow, this is an amazing story with some amazing imagination. This is kind-of long and the world building takes some time, but if you can hang in there...it gets pretty good.. The Narration leaves a little to be desired but once again, if you can hang in there and get used to it, it gets better. There are so many ways to die or get turned into shadows of shame. I received this audio book for free in exchange for an unbiased review. Not bad! A little long.

I struggled to finish this. It just was a little to busy and over complicated for me. That's on me, not the story.
On the other hand, the author also being the narrator, was clear and expressive. Makes a great storyteller.
This audio was given to me free and I voluntarily gave this review.