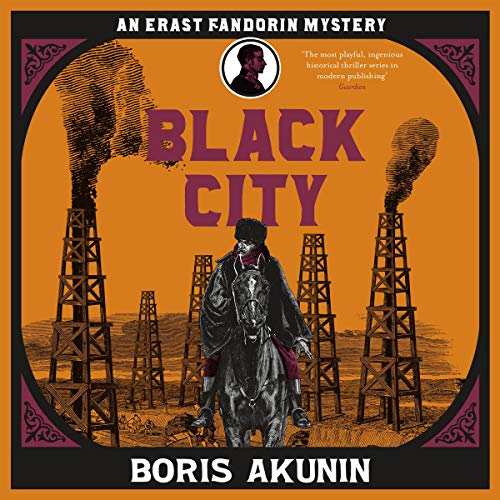 By: Boris Akunin,Andrew Bromfield
Narrated by: Jonathan Coote
Try for $0.00

When the Tzar's head of security is assassinated, Erast Fandorin is called to investigate: the killer has been overheard mentioning a 'black city' so Fandorin and his trusty companion, Masa, head to Baku, the burgeoning Russian capital of oil.

But from the moment they arrive in the city - a hotbed of corruption and greed by the Caspian Sea - they realise someone is watching their every move, and they will stop at nothing to derail their investigation.

Having suffered a brutal attack and with Masa's life hanging by a thread, Fandorin is forced to rely on the help of an unexpected new ally, and he begins to suspect the plot might be part of something larger - and much more sinister.

With war brewing in the Balkans, a Bolsheviks strike threatening the nation's oil supply and Europe's empires struggling to contain the threat of revolution, Fandorin must try to solve his most difficult case yet - before time runs out.

What listeners say about Black City