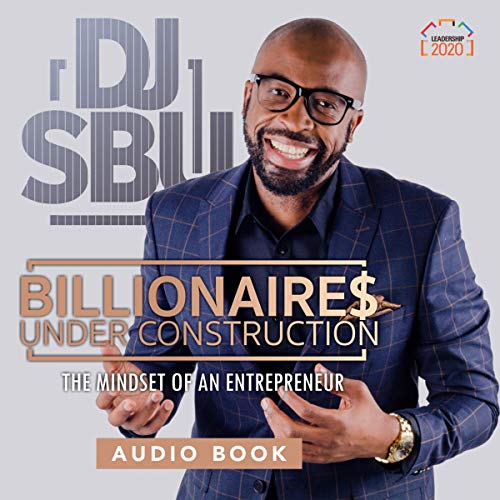 DJ Sbu is not your ordinary entrepreneur. He was born to be great and refuses to settle for less.

Have you ever wondered what goes on in the mind of a successful entrepreneur? How they come up with their ground-breaking ideas, how they turn them into flourishing businesses, how they deal with failure, and what drives and motivates them?

Billionaires Under Construction answers these questions, and more, as it charts the rise and rise of Sbusiso Leope, one Africa’s most dynamic entrepreneurs.

From his childhood in Tembisa to the global stage as a world-class musician and DJ, from music mogul and co-owner of TS Records - the label behind some of South Africa’s brightest young stars - and, more recently, as the force behind the country’s first black-owned energy drink, Sbu’s story is one of courage, resilience, inspiration and a refusal to let failure stop him. In his own words, you just can’t stop his go.

Billionaires Under Construction is a blueprint of Sbu’s success; an honest and direct account of the setbacks he’s encountered, including his high profile dismissal from two of South Africa’s most prominent radio stations and his equally notorious run-in with Forbes magazine. The way in which Sbu handles adversity reveals the triumph of his entrepreneurial spirit and the tenacity of a man who does, indeed, consider himself a billionaire under construction - and he won’t stop until his goal has become a reality.

So, if you have aspirations to join the Billionaire Generation, there is no better starting point than listening to this audiobook.

What listeners say about Billionaires Under Construction

Should be called The Hustler's Bible

I loved all his books and listened to then twice each one. If you don't come from a privileged background this is a picker upper.

This book is a game changer.. get it

Thank you DJ Sbu. This is just what we need as an up-and-coming continent.. and indeed the world