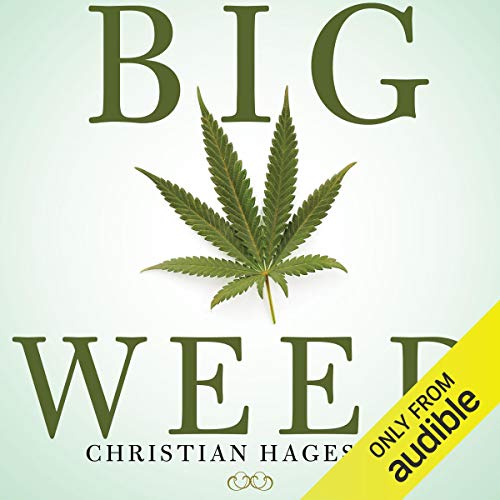 Legal marijuana is the hottest story in the US today. Twenty-five states and the District of Columbia have authorized sales in some form; Denver has more legal marijuana dispensaries than Starbucks franchises. We are witnessing the dawn of a new industry. And like the early days of gourmet coffee chains, the rules and players are being established on the fly.

Christian Hageseth is the face of the revolution - an entrepreneur and father of three who worked in the white-collar professional world for 20 years before opening his first dispensary. The founder and chairman of Green Man Cannabis, the fastest-growing marijuana company in the country, he's the perfect tour guide through the wild frontier, where police hardly know what laws to enforce or parents what to tell their kids. He paints a colorful picture not only of how he got into the business but of the big interests that are eager to do the same - namely Big Tobacco, Big Agra, and Big Pharma.

He predicts a future where the marijuana market splits in two: the high-end, artisanal market, supplied by individual growers and small farms, and the mass market, covered by the cigarette giants and anyone bold enough to compete with them. Much like beer and coffee, your brand of weed will be just one more reflection of your lifestyle. It's an entrepreneur's dream, and Hageseth invites us along as he pitches skeptical investors, negotiates a shaggy cast of colleagues, and builds the biggest business he can.

What listeners say about Big Weed

Yes, if interested in legal marijuana. This book is about 33% memoir, 33% about starting up a new business, and 33% editorial on legalizing marijuana.

The author is candid in his views about the business. But there are tremendous gaps in his story: how it destroyed his marriage; how he managed hiring and security practices; how he conducted product development; how he promoted his business to customers, etc.

The good part of this book is that it is first peek into the brave new world of legal weed. Absolutely fascinating. The author doesn't paint in only gold tones, but also warns that this is like starting any other business. And that it is competitive. 50% of the dispensaries open in 2014 will be closed within 3 years.

On the "editorial" side of things, the author illustrates how MJ busts are now more like speeding tickets and less like SWAT exercises. His read of the trends in the industry are also worth noting.

The High Times convention, when the author was baked for the entirety of the convention. He wrote like he had the time of his life. Now I want to go, too.

The Other Green Economy

Loved every minute of it

It’s an ok book but it doesn’t go in depth about the industry. He always talks about how baked he is. If you don’t mind listening to a pot head talk about how stoned he got at meetings and other business functions then go for it.

Entrepreneurship at its finest!

This is a very simple but informal read, and a must for entrepreneurs! Chris goes into detail to break you into his route into the industry and tells a great information on what issues he ran into and possibly what the industry will look like in near future.

Fascinating book on the business of Cannabis!

When I picked up this book I wasn't sure what to expect. I learned a lot about the business of weed, the different strains and intensity of THC, and the roadblocks it still encounters as a result of federal law. The writer gives a fascinating perspective of the weed business from the early days. I strongly recommend this title to anyone who is interested in learning more about cannabis in general and the business of cannabis specifically.

Great Book! Worth your ear.

The book had a lot of good information and great stories. Some business information peppered throughout. Gave detailed insight into the business of cannabis-some pro and some cons. You could tell that business was the narrators “cup of tea”. I would recommend.

this book has great flow, wonderful info, and I liked it a lot! thank you

Much needed inside info

The author gives insight into starting and running a cannabis business.Just what I was looking for.

I really enjoyed the author's emotional and finacial rollercoaster ride of his journey into the world of cannabis.