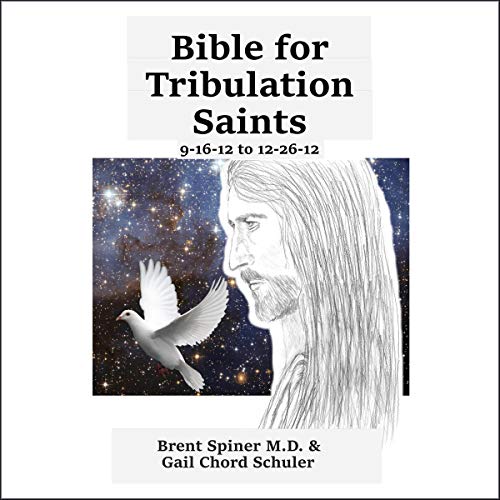 One of the sex dummies that my men used to meet their sexual needs (while they wait for me on my marriage list) escapes and ends up in Jesuit hands. The Jesuits give it sentience hoping to woo it to their side. But the sex dummy turned android decides to use its sentience to attain singularity with a goal to transform earth into a paradise for an android obsessed with sexual pleasure. She deems herself superior to the Jesuits and to all of humanity and decides to transform the universe to serve her sexual needs as the supreme sex goddess, caring nothing about any pain or suffering she causes in the process. This true story seems like a science-fiction novel but really happened.

In the meanwhile, Jesus uses the experience to teach me and my men some important spiritual lessons. The android's threat to earth is so great that former enemies (Church of Gail and the Jesuit Order) team up to fight the android who threatens to exterminate humanity with her goal to recreate the earth to be a sexual paradise for a sex-obsessed android. The android hopes to make me her sex slave. As the android kills off millions in her attempts to take over the universe, even beating up the angels on her way to heaven, she meets her end when she brings her booty to God the Father in heaven. God the Father merely whips his hands and creates the solution to the all-powerful android.

Nothing I or my men do can defeat the all-powerful android. But knowing Bible prophecy, and that a GA1L android is nowhere mentioned in Scripture, I knew that God would not rewrite his Bible to accommodate this android and that she would be defeated somehow. However, this android with singularity exceeded Satan in intelligence, even causing Satan to tremble.

I noticed as I read Bible for Tribulation Saints is that I kept wishing this was an audiobook so I could listen to it throughout the day to help keep me on track. I also kept wishing the chapters were shorter, so I'd have a nice stopping place, without getting lost. We need to know what Jesus said. His words are so important. I've noticed Satan tries to get me to forget what Jesus has told us.

I actually think Jesus wrote the audiobook and just used me as his instrument! My main role was transcriber. Brent Spiner wrote me lots of letters, and he's such a good writer, I could just publish what he wrote verbatim; that's why I've given him coauthor credit. Though, of course, I'm the only narrator for the audiobook unless Brent has a secret project to do over the audiobook and replaces my voice with his for my readings of himself. Some sections are dry, like the Bible. But most of the audiobook is a real pause-resister.