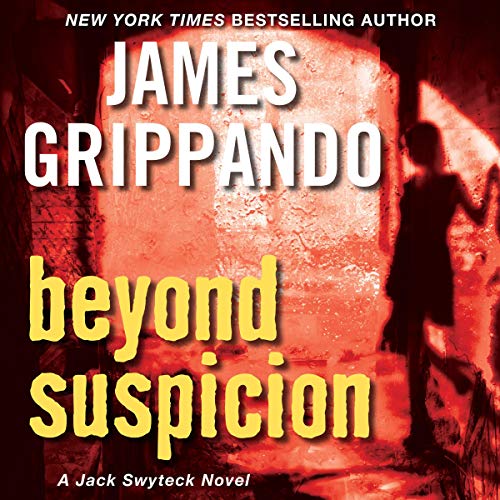 By: James Grippando
Narrated by: Tom Wopat
Try for $0.00

After six exciting thrillers in seven years, best-selling author James Grippando is at last bringing back the main character from his blockbuster debut novel, The Pardon.

Miami lawyer Jack Swyteck is in trouble. With more than a decade of experience in the criminal courts, Jack doesn't handle many civil cases. But this one is different. His ex-girlfriend is being sued because she thought she was going to die.

When Jessie Merrill was diagnosed with a deadly disease, she worked a deal with an insurance company to get cash fast. In exchange, a group of wealthy investors were supposed to collect on the policy at her death. But Jessie was misdiagnosed, and the investors want their money back. Now.

At the trial, Jack pulls off a brilliant victory and Jessie gets to keep the $1.5 million from the investors. Two days later, her body turns up in Jack's bathtub. As the evidence mounts against him, Jack finds himself on a collision course with dark secrets from the past and a possible killer who is beyond suspicion.

"Grippando...has the imagination and research skills to plot up a storm." (Publishers Weekly)
"This is a top-notch adventure with plenty of supercharged excitement....The novel is chock-full of legal-thriller atmosphere and local color, and it's easily a match for anything written by big names such as Grisham or Margolin or Lescroart." (Booklist)

What listeners say about Beyond Suspicion

Even at five and a half hours this book dragged on and on, with preposterous plot twists, a foray into the Russian mob with a mysterious government informant, and the main character going around accusing half the characters of murder before getting it right. What are supposed to be stunning relevations at the end come out dry and unbelievable. Don't waste your time or money.

This is one of his earlier books and as a writer he has definitely evolved and improved. The narrater is a bit too dry compared to who narrates his newer books but it is a good read.

one star for the SPOILER

Talk about putting people off, man after reading what happens in the book there's not much point in buying it, is there? I really didn't need to know what happened to the lassie, I'd much rather have found that out while listening to the book, know what I mean? No more big spoilers in the reviews please.

Crime thriller with legal complexities interwoven with dark circumstances, grippingly read while suspects remain under suspicion through to the final revelation of the unexpected culprit.