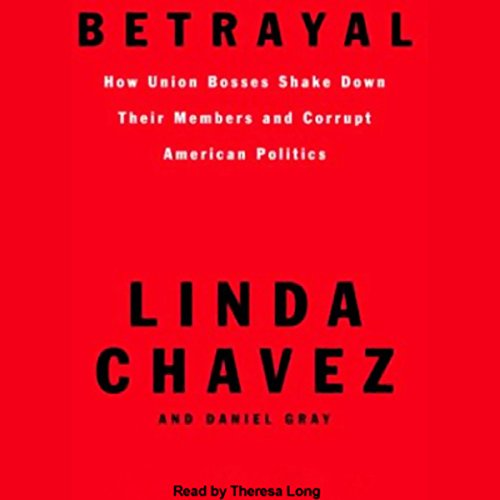 Linda Chavez, who was denied a plum job in President George W. Bush's Cabinet because she employed an illegal alien, here has her chance to get back at the unions and like-minded organizations that opposed her candidacy. She takes this opportunity with a vengeance. Chavez is shocked that labor unions have traditionally supported Democratic politicians and social causes; to her, these politicians and causes represent "socialism" at its worst. These unions have taken mandatory dues, which the members pay to be represented, and used them to wield political clout in a way determined by "politicized" union leaders. To Chavez, this is an odious practice that must be stopped. This fiery book will play its part in the destruction of the unions Chavez abhors.
©2004 Linda Chavez and Daniel Gray (P)2004 Books on Tape

Wow. Now How Bias can we be?

This book is very interesting. Not in any good way though. A lot of the facts in this book date back to far to compare with modern American politics. Really one of the most one sided approaches to any subject I have ever heard. If you are looking for a book filled with propaganda and a non-biased opinion, go ahead . But for the person looking for some education this is definitely a waste of time.