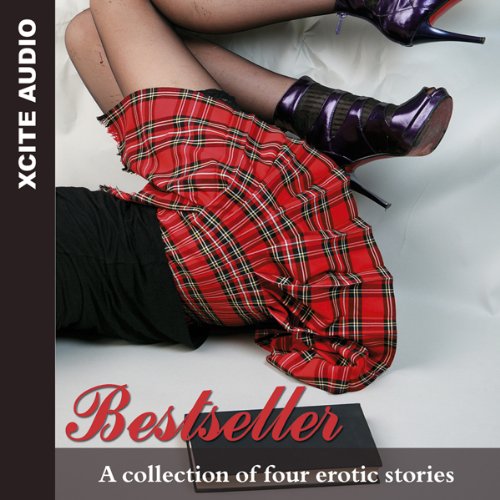 Bestseller by Judith Roycroft
After a few failed attempts at writing sex, Mike suggested to his wife they try out the scenes, purely for research, of course. Mike gets more sex than he has in a long time, with Jen coming up with loads of new moves to make her novel a bestseller.

Tour de Frances by J. Manx
Frances is convinced by her friend, Annie, to join the local cycling club. It’s a good way to lose a few pounds but, more importantly, there are some tasty guys there. Peter – a very experienced cyclist – offers a private ride with Frances for the following morning. After a few miles riding, they come to a secluded spot where Frances can really get to grips with riding.

Shower Block by Eva Hore
While camping on the beach with her boyfriend, Brad, Mary decides to go take a quick shower. She overhears a couple having a little fun in the next cubicle and Mary becomes a voyeur and has a little fun of her own. When she gets invited in, Mary has the time of her life... which gets even better when Brad joins the party.

Road Rage by Elizabeth Cage
Taking a detour to avoid the horrific traffic, Sam comes head to head with a white van which refuses to budge. Sam decides not to back down and engages in a battle of wills. Just as she wins, the van won’t start. Getting out her car to help fix the problem, things get a little heated when the game of one-upmanship continues.

What listeners say about Bestseller

3rd story is amazing. 4th story- the action doesn't start till 3/4 the way through.

I enjoyed all of the stories. My favorites were the shower story and the road rage scene. Worth the read!