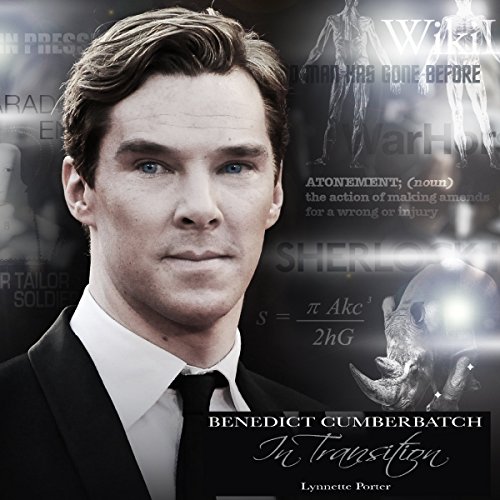 By: Lynnette Porter
Narrated by: Veronica Leckie
Try for $0.00

Tinker Tailor Soldier Spy, War Horse, Star Trek into Darkness, The Hobbit trilogy, Twelve Years a Slave, August: Osage County, The Fifth Estate, Hedda Gabler, After the Dance, Frankenstein, Hawking, To the Ends of the Earth, The Last Enemy, Parade's End, and, of course, Sherlock. For most actors, these stellar cinematic, theatrical, and television events would be the highlights of a lifetime's work.

On Benedict Cumberbatch's résumé they are only a few of many entries. Especially since 2010, his performances have garnered a plethora of best actor awards, both in the theatre (Evening Standard Theatre Award, Critics Circle Theatre Award, and Olivier Award), by playing the dual roles of Victor Frankenstein and the Creature in the National Theatre's Frankenstein, and on television (Broadcasting Press Guild Award, Critics Choice Television Award, Crime Thriller Award, and TV Choice Award), by starring as the titular Holmes in the BBC's Sherlock. Add these and other recent accolades to nearly a decade s nominations and awards (such as the Golden Nymph as best actor in Hawking), and it's easy to see why Benedict Cumberbatch is often hailed as the actor of his generation.

Cumberbatch's body of work further includes indie films, radio plays and series, television documentaries, live dramatic readings, multimedia advertisements, and even the occasional stint as a fashion model. He often shares an intriguing perspective on his profession, as evidenced in sometimes controversial interviews. He has become so much in demand that online box offices crash when tickets for his performances go on sale, and, before a Cheltenham Literature Festival Q&A session, fans overwhelmed Twitter when so many responded immediately to a call for questions. Cumberbatch consistently is a top name on lists ranging from sex appeal to global influence. In 2012 he beat David Beckham in the former and US President Barack Obama in the latter.

What listeners say about Benedict Cumberbatch, in Transition

If you are a Cumberbatch fan :P

So, first: I'm not a fan of Cumberbatch's Sherlock. It's not his fault, he's a fine actor; I simply didn't like Moffat's writing. But I loved him in 'Cabin Pressure' and I have saw him in enough movies to get curious about this biography.

And I must say, I really enjoyed the beginning, the recount of his early career, the description of his approach to acting... I liked that it stayed the hell away of gossip and his personal life and it focused instead in his acting career.

But then... it become so biased! The last third, particularly, was a fest of uncritical praise and flattery. ~sigh~

Nevertheless, I liked it and specially enjoyed the little peeks from behind the scene.

If you are a fan of Cumberbatch, you'll probably will enjoy this a lot :D