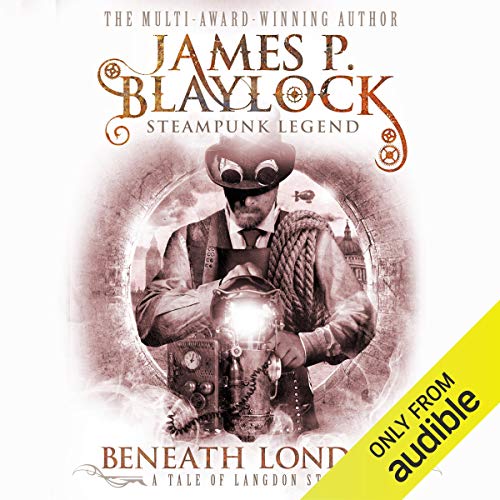 By: James P. Blaylock
Narrated by: Stephen Thorne
Try for $0.00

The collapse of the Victoria Embankment uncovers a passage to an unknown realm beneath the city.

Langdon St. Ives sets out to explore it, not knowing that a brilliant and wealthy psychopathic murderer is working to keep the underworld s secrets hidden for reasons of his own. St. Ives and his stalwart friends investigate a string of ghastly crimes: the gruesome death of a witch; the kidnapping of a blind, psychic girl; and the grim horrors of a secret hospital where experiments in medical electricity and the development of human, vampiric fungi serve the strange, murderous ends of perhaps St. Ives' most dangerous nemesis yet.

James P. Blaylock was mentored by Philip K. Dick along with K.W. Jeter and Tim Powers and is regarded as one of the founding fathers of modern steampunk. Winner of two World Fantasy Awards and a Philip K. Dick Award, he is director of the Creative Writing Conservatory at the Orange County School of the Arts and a professor at Chapman University, where he has taught for 20 years.

What listeners say about Beneath London