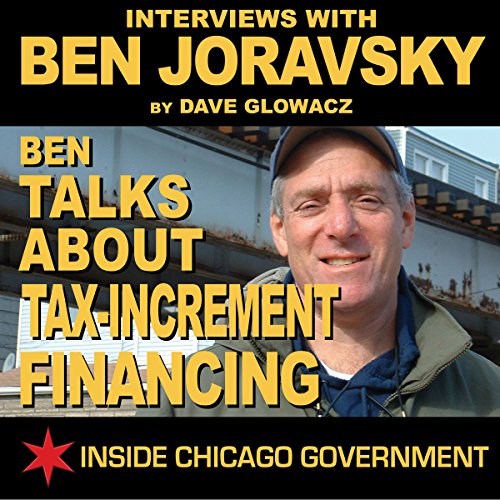 Listen in as Chicago Reader columnist and radio host Ben Joravsky talks to Dave Glowacz on one particular focus - tax-increment financing - of Ben's articles, books, and other work. Some of Ben's articles discussed:

Online since 2007, Interviews with Ben Joravsky by Dave Glowacz is an Internet and broadcast radio talk show featuring in-depth interviews on governmental and political issues important to Chicagoland residents. Dave and Ben provide not only intelligent analysis, but amusing commentary and no-holds-barred insight. Unlike other headline-level chatfests that barely touch ground, Dave and Ben's interviews provide sound intelligence that turns their audience into weaponized voters.

What listeners say about Ben Joravsky Talks about Tax-Increment Financing