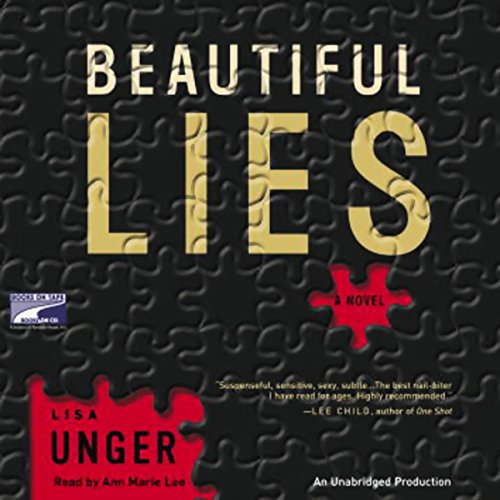 If Ridley Jones had slept 10 minutes later or had taken the subway instead of waiting for a cab, she would still be living the beautiful lie she used to call her life. She would still be the privileged daughter of a doting father and a loving mother. Her life would still be perfect - with only the tiny cracks of an angry junkie for a brother and a charming drunk with shady underworld connections for an uncle to mar the otherwise flawless whole.

But that's not what happened. Instead, those inconsequential decisions lead her to perform a good deed that puts her in the right place at the right time to unleash a chain of events that brings a mysterious package to her door - a package which informs her that her entire world is a lie.

Suddenly forced to question everything she knows about herself and her family, Ridley wanders into dark territory she never knew existed, where everyone in her life seems like a stranger. She has no idea who's on her side and who has something to hide - even, and maybe especially, her new lover, Jake, who appears to have secrets of his own.

Sexy and fast-paced, Beautiful Lies is a true literary thriller with one of the freshest voices and heroines to arrive in years. Lisa Unger takes us on a breathtaking ride in which every choice Ridley makes creates a whirlwind of consequences that are impossible to imagine....

"Unger takes readers on a pulse-pounding ride through the Big Apple in this outstanding debut that will please both pace-obsessed thriller fans and those who want to savor the more subtle aspects of character development." (Booklist)
"With breathless speed, Unger is off on an action-packed journey of treachery and intrigue....The premise, that there is a dark side to the safe haven law, is deep as well as clever, and Unger plays it out thrillingly." (Publishers Weekly)

What listeners say about Beautiful Lies

Give it a chance

I put off buying this book on several occasions because of the readers reviews and finally relented after reading the writer recommendation for the third time. I will admit that if you are an action film type and prefer everyone to state their intention in less than 5 words using no more than two syllables per word, then you will hate this book. If however you actually like reading books, then you will appreciate the authors efforts to paint the scene and express her thoughts and feelings. Although I feel 5 stars is too generous, I wanted to express how strongly I disagree with the other reviews. I am an avid book reader (both normal and audio) and thoroughly enjoyed the book. I strongly recommend it and upon completion immediately bought the follow up book Sliver of Truth.

I really liked this book. I kept checking the plot summary at the beginning to see if I was listening to the right book. It takes a lot of interesting twists and turns, once in awhile I had to back track 30 sec or a minute just to make sure I was following. I'm glad all the pieces fell into place seamlessly for me as the reader because I ended up really liking the book. Great plot.

I am in complete agreement with the review by Catalyn. I couldn't wait for this book to end - it was a painful experience. I actually started to wince with the growing certainty that after almost every event I would be subjected to some self-absorbed discourse about some boring aspect of Ridley's life in ruin. The heroine was a pathetic female who tiresomely wavered between tears, denial, and (when the plot needed to move forward) some determination for the truth.

loved the voice--both of the author and the narator. fully engaging.

I loved this book and hated to see it end! Very entertaining from beginning to end. Would highly recommend this listen.

NOt bad for 1st yr.college

Very poor. As others said full of cliches. The figures of speech were sophomoric, often puerile, even to include clumsy mixed metaphore. Please tell the author that there are no Bibles in Catholic confessionals. She very much needs an editor.

I very much enjoyed the way Ridley told her story setting the stage to tie up the details when appropriate. The humanity gone wrong or right proved extremely entertaining when telling a story that could very well be truth and not fiction.

Predictable, but a reasonable read. Doesn't grab you but keeps your interest enough see it through.

This book had a very good premise but it never really developed into a great story. At times it was too wordy with too much description and at other times, conflict was wrapped up too quickly and neatly. It seemed like all the characters were behaving because of their reaction to love but so much was left unsaid. Why did Zack become so passionately involved with such illegal activity? Why did he turn on Ridley? What was so bad in Ace's life to make him turn to addiction? Why was Ridley's father so steadfastly naive? And why did Ridley herself make such poor choices? The characters seemed to have extreme behaviors but we never really learned enough about them to understand their actions.

I Know What You're Thinking

The combination of narrator, who sounds like she is reading aloud to a kindergarten class, and the writing which is full of cliches and is unnecessarily descriptive, makes this book almost unbearable.

The main character is uninteresting. She's the stranger that you get stuck next to on a long plane trip who just won't stop talking. Her pseudo-philosophizing is naive and childish - though it doesn't seem to be the author's intention that the character should come across this way.

The main character, Ridley, talks to the reader throughout the book, saying things like, "I know what you're thinking". It's very irritating because she seems to assume that the readers are as unintelligent and one dimensional as she is.

"I know what you're thinking". Oh, really? Because, what I was thinking was, "This book is pretty bad!"