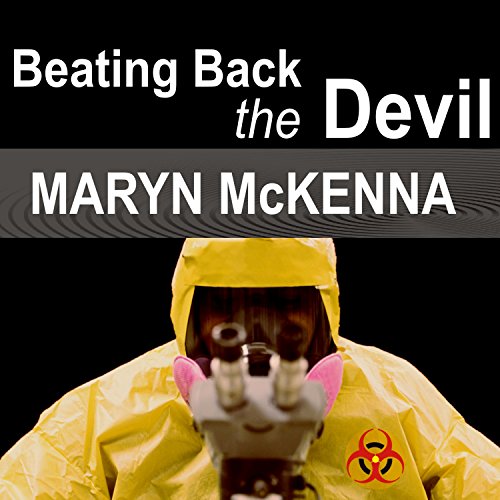 Beating Back the Devil

By: Maryn McKenna
Narrated by: Ellen Archer
Try for $0.00

The universal instinct is to run from an outbreak of disease. These doctors run toward it. They always keep a bag packed. They seldom have more than 24 hours before they are dispatched. They are told only their country of destination and the epidemic they will tackle when they get there.

They are the disease detective corps of the U.S. Centers for Disease Control and Prevention (CDC), the federal agency that tracks and tries to prevent disease outbreaks and bioterrorist attacks around the world. Formally called the Epidemic Intelligence Service (EIS), they have confronted outbreaks of AIDS, Ebola virus, toxic shock syndrome, and E. coli 0157; they have helped eradicate smallpox and push back polio. Now they hunt down the deadly threats that dominate our headlines: SARS, West Nile virus, and anthrax.

In this riveting narrative, Maryn McKenna follows the first class of disease detectives to come to the CDC after 9/11. She goes on scene with these talented young researchers, who trade two years of low pay and extremely long hours for the chance to be part of the group who heroically tries to stop epidemics...before they stop us.

"A revealing glimpse into the little-known world of deeply committed investigators who trade two years of their lives to be on the front lines of public health." (Washington Post Book World)
"McKenna's personal portraits of these dedicated professionals illuminate the bravery as well as the anxiety that accompany this demanding work." (Publishers Weekly)

What listeners say about Beating Back the Devil

Interesting Stuff - Only criticism is pacing

This is an interesting book in many ways, although it ended up being somewhat different than I anticipated. The story traces the history of the CDC and then gives a number of examples of epidemics discovered and/or dispelled. With titles like "AIDS - 1981, Los Angeles", "Polio - 1955, Atlanta" one can easily see how the book is organized.

Many of the chapters have very interesting information about the nature of the diseases. The chapters on Polio, Smallpox, Listeriosis & West Nile Virus were fascinating. For those of us born since the eradication of Polio, it was interesting to know, for example, how prevalent Polio was and when it attacked. I also did not realize what our nation's reaction was when the polio vaccine was first announced - very interesting!

I was also dumbfounded by the continuing poor public policy decisions that contribute to disease, both here and abroad. The chapter on staph infection (in 2003 in Los Angeles) highlights the dangers when political correctness and bowing to special interest groups result in abandoning common sense decisions about matters of life and death.

My only criticism of the book is that what is inherently a very suspense filled subject was not taken advantage of by the author (in my opinion). For example, the flow of the book could have been improved had the author started with a story about one of the epidemics (to grab your interest) and then gone back and addressed the history of the organization (and possibly in bite-sized chunks). As a result, those less diligent may abandon a very good book too early because their appetite for discovering the history of the organization was not whetted by the author.

This criticism is, in the end, fairly minor and for those who read a lot and are used to this kind of thing (think of Simon Winchester's "Krakatoa", which spent 1/2 of the book getting to the explosion) will weather it well and be rewarded by their diligence.

I enjoyed this book - I hadn't realized the worldwide role of the CDC and how it has changed over the years.

There are some parts where this is too much personal information about the workers. She spends time describing their physical appearance and personal histories, and then the rest of the essence of what is said about this is basically "their job is really stressful". Overall, these parts are brief and it is easy to focus on the more historical and fact based ideas.

The reader has a nice voice, but mispronounces words in a way that distracted me. She also seems to be reading the text for the first time, as her intonation sometimes sounds like a sentence has ended, but then she reads the rest of it. But she's not bad as far as readers go.

This book tracks the training of the public health service's disease detectives. It's like Dick Couch's The Warrior Elite for medicine. Fabulous. Along the way, you learn a lot about the tracking down of pathogens and the 2001 anthrax outbreak.

The stories were fascinating. So interesting to hear about the different and that makes it have occurred and how the CD. I had a hard time with the person reading the book because she could not pronounce some of the words. I also was annoyed by the way she paused every time somebody said something and then change her voice and say "he said."

Interesting but Not Captivating

I’m very interested in the subject, so I expected to be more interested than I really was. Looking back on it I’m still not sure why I wasn’t more drawn to this book.

I think that the problem can be summarized in the following observation. It attempts to deal with the personal stories of individuals, which dulls the edge of what might otherwise be a more documentary or scientific style, and yet the character development isn’t sufficient to really bond with the individuals involved. In the end it’s neither a brilliant expozay nor an emotionally compelling drama. It dabbles in both, but commits to neither.

The original editor of this book could have made the story much easier to follow. Perhaps explanatory introductions in the audio work might have helped. Jumps in focus from such topics as a CDC worker's pregnancy to disease outbreaks scattered around the world left me lurching from disease to disease, often uncertain as to when the topics had shifted from one disease to another. This is my 2nd listen, and I'm still perpetually confused, even with a basic understanding of most of the diseases covered.

I heard about this book from a Podcast that I listen to. They had an episode on the Measles epidemic that is going on. "Beating Back the Devil" was published in 2004, about 15 years ago. As a germ freak, I was scratching myself from phantom itches as I was reading this book. This book had concrete information on all outbreaks that we had in the past.

I have a friend that works for CDC. Whenever we meet up, I always cringe on what she is going to tell me to look out for. There are some things that you shouldn't know, but I've always gone toward to fear.

The history of the EIS is well covered and given a nice dramatic flair. The reader mispronounces some things which as usual drove me nuts. Great purchase (would be great as an actual book as well)

If you're researching with a coming pandemic in mind, this book is a must.