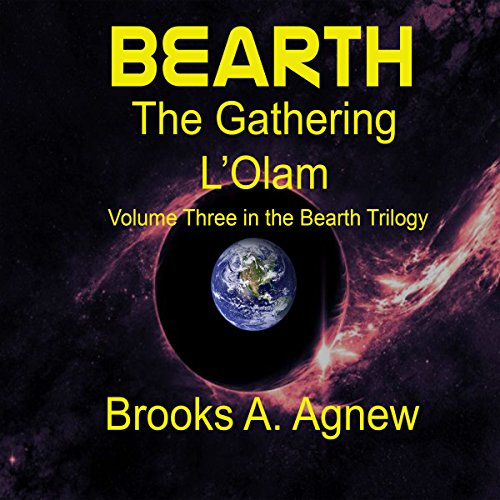 The Grand Division is nearly complete, and both forms of Earth are gathering the people together. The Nephilim have corrupted the race of man many times throughout history. Their treacherous genetic manipulation, wars, and economic corruption pale in comparison to their creation of religion. Now, at the end of the age, planet Earth is coming apart in the final volume of the Bearth Trilogy.

The final battle between the seed of Lucifer and the seed of Adam reaches its conclusion. The Nephilim taught the bankers, the generals, and politicians how to capture the entire race of man. The corruption is now so powerful that it no longer hides in the shadows. There is no withstanding the economic and technological war against the children of men. Or is there?

President Riker's unlikely team of misfits has been hammered by adversity and forged in the furnace of evil. The Earth is rapidly coming apart. Humans are changing, but can they stop the Nephilim's army from sending the higher Earth barren, and back through the Milky Way?

The scope and reality of this final volume in the Bearth Trilogy is happening around you right now in the daily news. The wars, the religious genocide, the economic and political corruption are all real. The story is true. The cataclysms are possible. The places are real. None of the names have been changed, because they are all guilty. Only the characters of the story are created to carry you through the events at the ground level. When you finish this final volume of the trilogy, you will never look at life or death the same again. Are you ready for the change?

What listeners say about Bearth

Even though the author had problems at times reading the book, I loved the story. The characters are also strong characters. I thought that this was the second book in the trilogy; it is the third book and a great stand alone story. I do plan on going backwards to read the first two books in the trilogy. I would say this book is a spiritual science fiction book that could be real, but that is up to the reader to say. 5 star story.

I read the first two and wanted to finish the trilogy

This book was alright and gives the reader much to think about. I enjoyed the history lessons and the ancient texts.
There were some minor gripes, which were forgivable. One was that it’s right wing leaning in my opinion. Another was that there was just too much on the chef in the kitchen. Shouldn’t all these people be 300 lbs since all they eat is pasta and pastries. There are other things that just felt like filler and did not move the story along at all, and could have been cut from this book that’s already long.

This book really makes you think about things. It was wonderfully written and I loved the message. The characters were great and I felt that they were really well developed. The author was the narrator and I thought that was a very cool touch! He did a fantastic job!

This is the Most Fantastic book I’ve ever read about how the Earth goes through the 11:11 Gate!

I really enjoyed this book, I'd recommend it to anyone who wants to be hopeful about the future