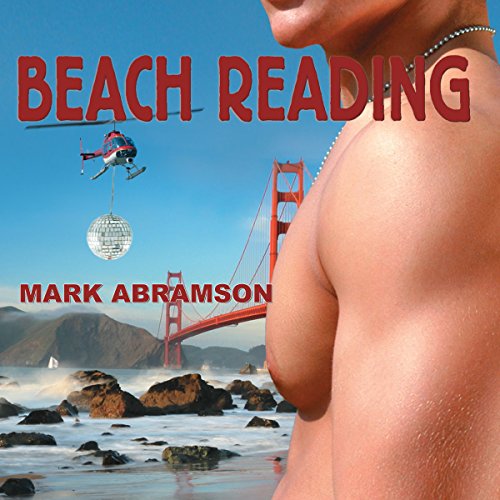 Gay tourists are arriving in San Francisco by the planeload for the party of the decade at the Moscone Center, a tribute to a late disco star. On the same night as the dance festival, an infamous evangelist plans to bring his nationwide crusade against gay rights to the Civic Auditorium a few blocks away. Tim Snow finds himself caught in the middle when his activist friends plan a protest. For Tim, the fun and the intrigue are about to begin.

Beach Reading, a San Francisco Chronicle best seller, is equal parts mystery and romantic comedy set in romantic San Francisco with a taste for adventure, a touch of magic.

The narrator was AWFUL! I didn't finish it

I picked this up as a deal and thought it sounded fun. I will never know. The narration was so bad I literally could not keep listening. This is the first time this has happened to me. I've had other narrators that I hated, but I still plowed through the book. This..I have no words...

Listen to the sample. If you can handle it, then give the book a try. It sounds cute.

Also, I gave the story 2 starts because Audible wouldn't let me review without rating all three categories. I felt bad giving something I hadn't read 1 star. So, I went with 2. This rating is completely arbitrary.

Where does Beach Reading rank among all the audiobooks you’ve listened to so far?

I really enjoy the investigations of murder mysteries. This story surprised me because it was so interesting. It does have some paranormal aspects.

Naturally the progression of the investigation and the main character's growing confidence.

What does Roy Wells bring to the story that you wouldn’t experience if you just read the book?

I did not enjoy the narrator as much as I have in other books but it was a passable narration.

If you could take any character from Beach Reading out to dinner, who would it be and why?

I cannot give rating for the story because the narration was so awful that I couldn't finish the book, and could not really follow what I had heard because I was so distracted wondering how this this narration was commissioned and then published. So I gave the story three stars.

I was actually about half an hour or so into the book (I only lasted one hour) when I realized that the MC was supposed to be young. The narrator sounds like a man in his 90s so I had thought it was an elderly recalling his youth.

Not only his voice inappropriate for the character, the man can't read fluently, stopping mid-sentence while he reads the next bit. I feel I have put more effort and time into this review than went into the editorial and production work, and the flows are so obvious, I will stop.