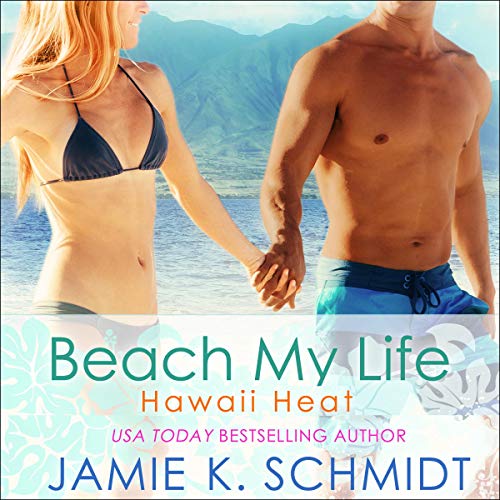 When Joely Anderson's past catches up with her at the Palekaiko Beach Hotel, she's ready to turn in her housekeeping apron and go on the run again. Except she's rebuilt her life in paradise with good friends, a decent job, and most of all - she never got to act on the crush she's had on the hunky security chief. Saying goodbye to Maui and Holt just might break her heart.

Security Chief Holt Kawena has always suspected the luscious redhead of keeping secrets and now that her abusive ex has hunted her down, he's willing to stand and fight. But when that terrifies Joely, he makes a deal with his gangster uncle to hide out Upcountry on his family's horse ranch.

Only Joely's ex isn't just looking for his wife back, he's looking to stop the person he thinks has been blackmailing him for the past five years. The Palekaiko Beach Resort's maid was once a cyber thief, but she's no blackmailer. Even so, for straight-laced, Holt, who has been trying to distance himself from his uncle's underworld ties, that may be a deal breaker on the sizzling relationship he's been chasing with Joely ever since she kissed him.

What listeners say about Beach My Life

Narrator sank this one!

Her male voices make all the male characters sound dense and/or stoned. Due to this I could not get invested in the story.