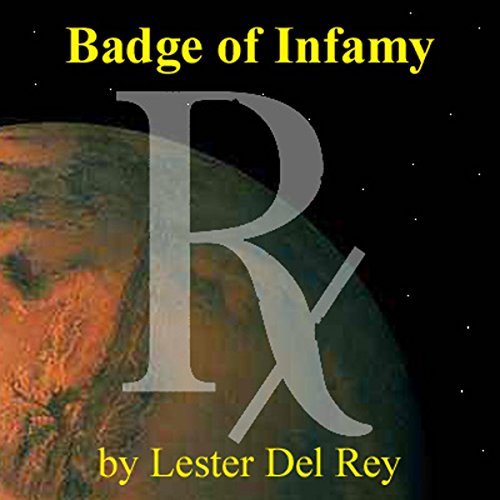 By: Lester Del Rey
Narrated by: Emmett Casey
Try for $0.00

Lester del Rey was a prolific American science-fiction author and editor. In Badge of Infamy, Earth is controlled by huge and powerful "lobbies". One of the biggest and most powerful is the Medical Lobby. Dr. Daniel Feldman dared to violate one of their rules in order to save a friend's life. As a result, he has become a pariah, shunned by all and forbidden to touch another patient on penalty of death. Doc Feldman escapes to Mars, where the Lobby is not quite as powerful.

He is welcomed by the colonists, but, since he continues to break rules in order to save lives, he's hunted by the authorities. Then he discovers a Martian plague that could wipe out humanity on both planets, Feldman finds himself a pivotal figure when war breaks out between the two worlds. Earth threatens to wipe out the Mars colony completely unless a cure to the plague is found - and only Feldman has even a chance of finding it.

What listeners say about Badge of Infamy