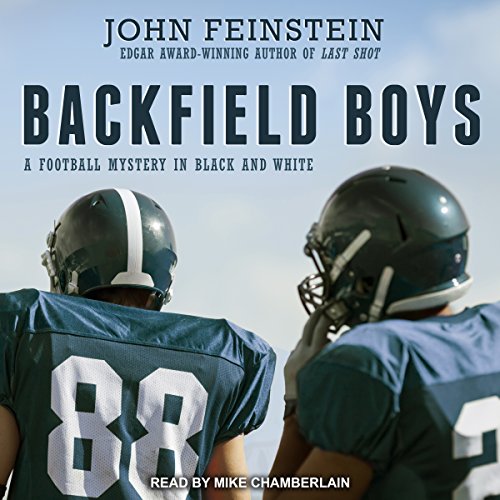 By: John Feinstein
Narrated by: Mike Chamberlain
Try for $0.00

Freshman footballers Jason Roddin and Tom Jefferson are a perfect pair: Jason is a blazing-fast wide-receiver, while his best friend Tom has all the skills a standout quarterback needs. After summer football camp at an elite sports-focused boarding school, the boys are thrilled to be invited back with full-ride scholarships.

But on day one of practice, they're shocked when the team's coaching staff makes Tom, a black kid, a receiver and Jason, a white kid, a quarterback. Confronted with mounting evidence of deep-seated racial bias, the boys speak out, risking their scholarships and chances to play. As tensions ratchet up with coaches and other players, Tom and Jason must decide how much they're willing to lose in a conflict with powerful forces that has nothing - and everything - to do with the game they love.

“An intriguing look at racism in contemporary sports and the power private schools have in shaping sports and upholding racist traditions." ( Booklist)

What listeners say about Backfield Boys