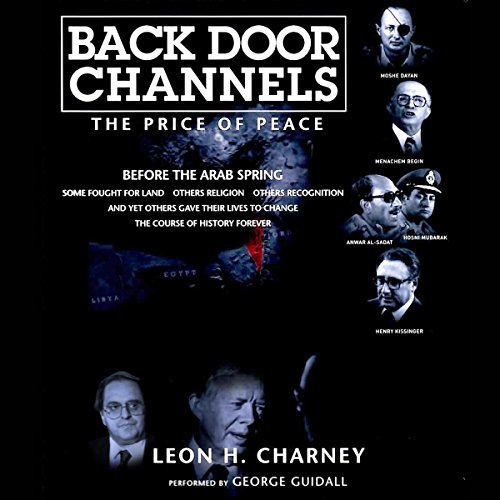 Back Door Channels: The Price of Peace

Back Door Channels: The Price of Peace

This book reveals the interplay between official government channels, covert intelligence agents and others, who acted largely behind the scenes of the peace process between Egypt and Israel that began in1978 and is still holding. The world leaders: Jimmy Carter, Menachem Begin, and Anwar Sadat, were driven by deeply held faith and conviction. Others were military hawks who, later saw peace as the only viable option. Still others saw peace and stability in terms of business and prosperity. Covered are the confluence of events that led to the Camp David Accords, the powerful personalities involved as well as the secret liaisons, communications, and third-party world leaders who played important yet seldom-understood roles in forging that peace agreement.

"Intrigued by the recent events in Egypt and the Middle East, I found myself looking for more information on the region, which led me to Back Door Channels: The Price of Peace. This audio book told by one of the behind the scenes member, Leon Charney was a good introduction to Camp David Peace Accords history. The book was narrated by George Guidall (great job btw). It easy to listen, it provides enough background information to bring newbies up to speed, as well as some fascinating new information and insights from the people who were there to change history.