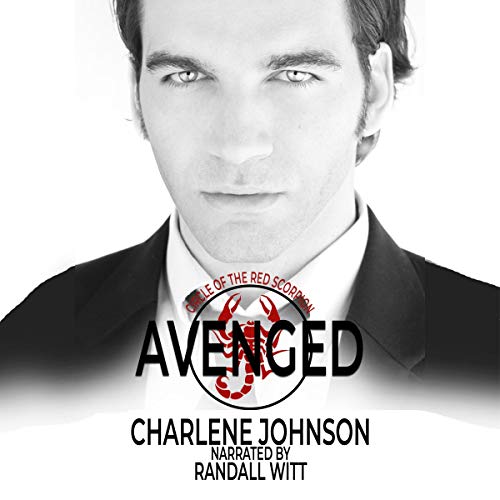 By: Charlene Johnson
Narrated by: Randall Witt
Free with a 30-day trial

Broderick Devereaux receives an invitation to the wedding of his son, Drake, and he decides to make a last-ditch effort to repair their broken relationship.

When Solomon Blackwell, the rogue vampire who was instrumental in destroying his life two decades ago, sets his sights on Drake's wife, Ebony, he vows not to allow history to repeat itself. He knows better than anyone that Blackwell will stop at nothing to possess her.

To protect her and his son, Broderick must tell Drake the shocking family secret he's withheld from him his whole life.

Drake and Ebony are living the life they both dreamed of until Ebony vanishes. As Solomon initiates his daring plan, Broderick, Drake, and the Circle of the Red Scorpion race against time to find Ebony and stop the rogue vampire from destroying Drake's life.

A fierce battle between the two factions comes to a surprising end, and the shocking conclusion of Avenged brings Broderick to his knees.

Can his team help him stop the new menace threatening to destroy the world?

What listeners say about Avenged

I tried to get into this book, but like book 1, I was unable so I gave up. Randall Witt was an OK narrator but I still feel a different narrator would work better. I received this free copy audiobook at my request and have voluntarily left this review.

The title fits the story

Interesting plot concept, enjoyable characters, Amazing editing. That's important, believe it or not. I recommend this book, and I'm off to check out the the next book.

Great audiobook from a good author listen by an amazingly charming narrator with a lovely twist in the tale.