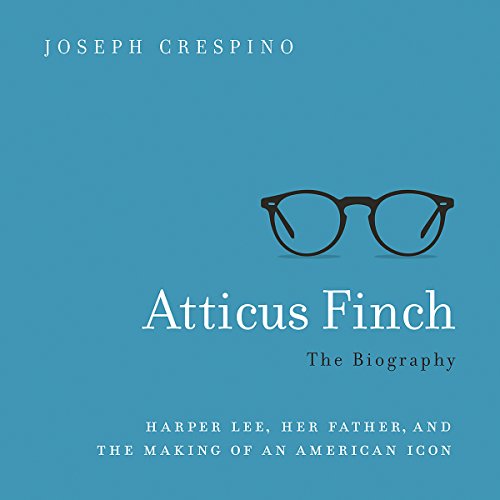 Who was the real Atticus Finch? A prize-winning historian reveals the man behind the legend

The publication of Go Set a Watchman in 2015 forever changed how we think about Atticus Finch. Once seen as a paragon of decency, he was reduced to a small-town racist. How are we to understand this transformation?

In Atticus Finch, historian Joseph Crespino draws on exclusive sources to reveal how Harper Lee's father provided the central inspiration for each of her books. A lawyer and newspaperman, A. C. Lee was a principled opponent of mob rule, yet he was also a racial paternalist. Harper Lee created the Atticus of Watchman out of the ambivalence she felt toward white southerners like him. But when a militant segregationist movement arose that mocked his values, she revised the character in To Kill a Mockingbird to defend her father and to remind the South of its best traditions.

A story of family and literature amid the upheavals of the 20th century, Atticus Finch is essential to understanding Harper Lee, her novels, and her times.

"In this brilliantly researched and beautifully written work, Joe Crespino explores the fictions of Atticus Finch to expose the facts about white southerners in the age of Jim Crow." (Kevin Kruse, author of One Nation Under God)

"But Joe Crespino's beautiful study of Atticus Finch, in fact and fiction, also brings to life a writer, her father, and an entire people - all caught in history's clenches. It is an impressive achievement, from start to finish." (Sean Wilentz, author of The Rise of American Democracy)

"Besides drawing on newly available correspondence, [Crespino] examines hundreds of editorials in which A.C. expressed opinions on local and national issues to offer a nuanced portrait of a man of 'paternalistic sensibilities.'...An informed look at Southern history refracted through the lens of fiction." (Kirkus Reviews)

What listeners say about Atticus Finch: The Biography

I knew some of the story of Harper Lee’s father and how she shapes the character of Atticus Finch around his life.

This book is a deep dive into how that occurred. I love this story!