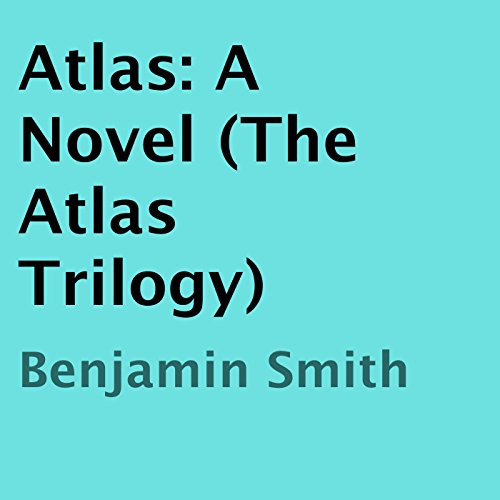 Inspector Victoria Rhodes works long hours as one of the last clean cops on San Francisco's crumbling police force. When a double murder claims the life of a city prosecutor in the exclusive covenant community of Atlantis, Rhodes is assigned as liaison between the SFPD investigation and the investigation run by the private security force known as the ASM.

Public Prosecutor Katherine Radcliffe was the face of local politics, fighting to resurrect the fallen city of San Francisco by bridging the gap between the private wealth of Atlantis and the forgotten populace of the public sector. Found in the arms of her ex-sensual companion turned corporate psychologist lover, her death resonates with Rhodes and the people of San Francisco on a personal level.

With tensions building between the classes and evidence mounting, Rhodes finds herself delving into the past of the man at the top of the ASM corporate ladder, an inexplicable mercenary turned upper-class messiah, known as Atlas.

When she discovers that his past resembles her own remarkably, she can't help but force a confrontation that brings her face to face with a man she cannot understand, a suspect she knows she has to pursue, and a truth she knows she may not want to uncover.

If you could sum up Atlas in three words, what would they be?

What other book might you compare Atlas to and why?

This totally had an I, ROBOT vibe to me...it is a similar concept, just not as extreme..at least not yet!

What does Christa Lewis bring to the story that you wouldn’t experience if you just read the book?

She is great to listen to, I was absorbed into this story very easily because of her.

I wanted to, but I had to work and sleep...lol

This is a fabulous story, it starts off a little sad...the main characters were basically cast off kids, who went through some very horrible things...especially Victoria...she didn't even know her age or name when she was basically rescued from a life of drugs and prostitution! The cop that saves her then adopts her and gives her a better life, lets her choose her own name...and she becomes a detective herself. She is called in on some brutal murders and Phillip a rich semi detective himself gets involved....well there are some very odd twists and turns, some romance, and this is set in the far future where there are auto drive hover cars and all kinds of cool techie stuff..the mystery was very good and I cant wait for book 2! I must say this story has a strong I, Robot vibe...and I think that rocks!

The more things change,the more they stay the same

The future comes and it isn't pretty. Yet despite tech advances, good, solid police work is still what's needed to get the job done. With childhood histories reminiscent of Hitler Youth, the cop and the uber-rich suspect are the protagonists in this tale of grisly murder. The plot is involved and drags you in as it moves to conclusion. All of the characters are well drawn and believable.
Ms Lewis demonstrates her talents as an audio performer with skillful ease. Her voice is clear and pleasant whether in character speak or narrative. Character voices are well differentiated and given added depth.
This audiobook was provided by the author, narrator, or publisher at no cost in exchange for an unbiased review courtesy of AudiobookBlast

What did you love best about Atlas?

Atlas is simply human. Atlas has what makes humans unique as a living species. The strengths, the weaknesses, the uniqueness and variability of being a human. He is both relatable, and different from the reader. He is in essence, human.

First of all, it had a good flow. The story line was interesting based on humans living in a future world, with android, "human" robot, assistance. Isn't that the direction we are going in now? Star Trek had the Tricorder, which industry later copied and make the "flip" phone. Is Benjamin Smith now giving us a glimpse of the near future? Could be.

Lots of good scenes. You were not sure which way the story was unfolding, so one scene led to another, all the while you are guessing where it was going next.

Yeah, loved it. Christa Lewis performed the voice acting, with great characterization and gave Atlas a fun, flowing reality. A good read on the daily commute, or anytime you want to take a break and enjoy a moment in a good story. Christa Lewis, sets the standard for professional voice acting.

Disclaimer, this book was gifted in exchange for an honest review. Sometimes you read a book for simply pleasure, sometimes to learn things. Like travel, books help to expand the mind. In the case of "Atlas", it was a pleasurable read, but also brought up some interesting questions about humans and the future with androids. Currently, we are experiencing jobs being lost to robots. There are concerns about AI (artificial intelligence). When do robots become the masters of human? When do robots become more like humans? Like in many thrillers, there are always acts carried on due to greed, jealousy, hate, love, etc. These acts and motivations are timeless, and human. If you like Sci-Fi, with a good flow and good characterization, which also makes you think, read this book.

What was one of the most memorable moments of Atlas?

A good first novel by Benjamin Smith. I found his vision of 2066 a little bit disturbing, of course, but it was entirely realistic considering current trends. The main characters are people you want to care about and to find out what happens to them. All in all it's worth listening to.