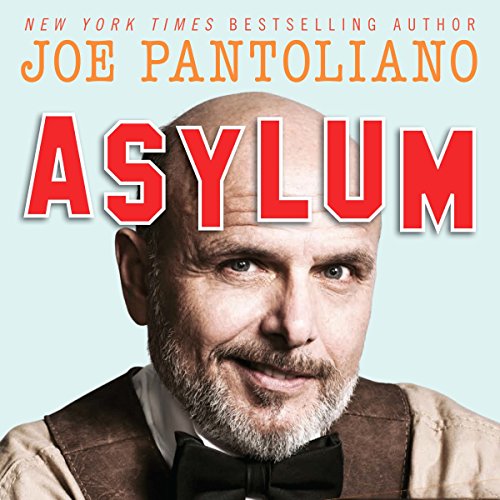 In this deeply moving and resourceful memoir, beloved actor-director and New York Times best-selling author Joe Pantoliano takes aim at the stigma attached to what he calls “brain dis-ease” by writing candidly and humorously about his own journey through clinical depression and addiction.

Most people know Joe Pantoliano from his memorable roles in such blockbuster movies as The Matrix, Risky Business, The Fugitive, and Memento, or from his Emmy-winning performance on The Sopranos. But despite all this success, the actor, known as "Joey Pants", struggled with what he later found out was clinical depression—or brain dis-ease, as he calls it.

Asylum is the story of Joe’s quest for the Hollywood success he was sure would cure him and the painful downhill spiral into depression and addiction that followed his success. Weaving deeply personal experience together with informative discourse, this memoir creates an unflinchingly honest portrayal of the true nature of the disease, as well as Joe’s own eventual diagnosis, recovery, and ongoing efforts to educate others and remove the stigma from mental illness.

"A must read! Joey Pants gives us insights so valuable that one can only call his courage to share a blessing for all." (Andy Garcia)
"Joey has written a brave, fascinating book. It is astonishing what people will put themselves through for the privilege of acting. Maybe we just can’t help it." (Tommy Lee Jones)
"Pantoliano’s book reveals his ever-evolving understanding of himself and his disease through a retrospective analysis of his life's most painful and jubilant experiences. The book provides a model of inspiration and courage for those who suffer from mental illness in silence to come forward and seek the life-changing help that is currently available." (Robert Irvin, M.D., Instructor of Psychiatry, Harvard Medical School)

What listeners say about Asylum

Would you consider the audio edition of Asylum to be better than the print version?

Yes it would have to be as Pantoliano does a great job narrating and also adds additional commentary here and there.

What was one of the most memorable moments of Asylum?

I really enjoyed listening about some of his celebrity encouters such as his encounter with president Clinton.

What didn't I like? He is very sincere and he really does a great job changing his voice and stressing his words depending on the subject he his talking about.

The life and times of Joey Pants

This book is just as good as his first book, possibly even better as this book covers his Hollywood tales while also covering important subjects such as depression.