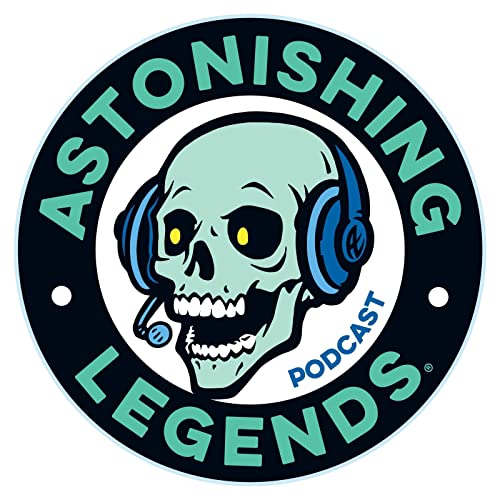 
This list will help you find the best of the best: the must-listen podcasts that explore enduring mysteries related to murder, monsters, supernatural activity, and more. Go behind some of the biggest and most mysterious cases that continue to stump investigators. We've got Appalachian legends, interviews with people who've seen ghosts, true crime sagas, a duo of cocktail-drinking paranormal enthusiasts, and true tales about the internet you'll never believe.

What listeners say about Astonishing Legends

Been following this podcast for most of a year now, it's a great show, funny and entertaining, plus I love the level of detail they go into with these topics and the compassion they bring to the real human elements behind most legends.

This is by far the best podcast I've ever listened too. The episodes are amazing. There are single episodes but some of my favorites are the ones where they DEEP DIVE on a topic. Meaning multipart episodes at least an hour a piece, so well researched. Lots of topics; Astonishing isn't only paranormal! Legends can be human too, and even episodes you may not think will be up your alley have a way of sucking you in. Epic banter between the Hosts (Scott and Forrest) , it's clear they are such good friends and people. The research crew are great, Tess and the arch do such a fantastic job. Their fb page is the best run group I've been in, it makes for a great community experience. There are so many episodes already out so if you're looking for a binge, you're in luck!

Excellent show! A show I can re listen to again and again. It's clear that they love what they do, and even on the episodes that I don't expect to love the topic, they find a way to reel me in.

I really enjoy the stories covered on this podcast. I’ve not only been entertained but learned much I didn’t know before. Topics are certainly creepy and intriguing but I love that they cover the historical side of things and theories as well. My favorite podcast of all time!