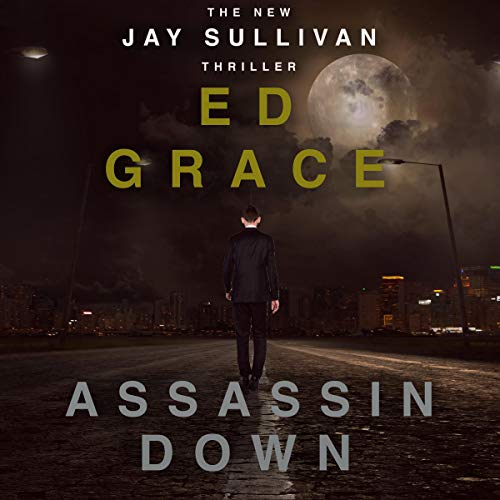 Jay Sullivan is a pathetic mess, tortured by his daughter’s kidnapping, and is nothing like the legendary assassin he used to be. Could a clue out of nowhere be the redemption he needs? Or is he destined to remain an alcoholic nomad walking through life alone?

Sullivan is a legendary assassin working for a secret government organisation. He is an expert in murder, able to kill a man and cover it up without even breaking a sweat.

His only weakness is his daughter, who he desperately wants to keep away from this life.

So when the organisation turns on Sullivan, he is taken by surprise. A chase follows, leading to the one event Sullivan dreaded:

A gun to his daughter’s head. No choice but to watch her as she’s taken away...

He searches and searches, but she is impossible to find. With no idea where she is, he finds himself falling further into a hopeless depression.

So when, after five years of nothing, a clue finally turns up - he decides its time.

Time to brush off the old suit.

Time to ready his fists again.

Time to return to what he once was.

Even if he is an alcoholic mess who can barely throw a punch anymore.

Will he rediscover his daughter and rescue her from the man who took her? Or will he run out of time and be forced to watch her let her go again?

If you like adrenaline, tense fights and big chases, you will love Assassin Down. Download now, and get ready for your new non-stop action hero Jay Sullivan…

What listeners say about Assassin Down

Possibly the worst narration I've heard on an audio book. He sounded like an over enthusiastic pantomime villain from the worst amateur dramatic society cast. Totally ruined the book. I can't for one minute believe that the author can be happy with this narration. At one point I had to check what cackerfony meant only to realise that he was mispronouncing cacophony! It really was truly terrible and totally ruined what seemed to be a decent premise for a story. I won't be buying anything else narrated by him and feel like I've been conned out of an audible credit. Avoid this narrator like syphilis.

Firstly, it sounded like it'd been recorded in the bathroom. The narration was the worst by a country mile and I refuse to buy another audiobook that this narrator is involved in. The pronunciation of Cheltenham and cacophony by a person who, I presume had seen both those words for the first time when he read them out aloud.

He tried to act the roles but when it came to speaking some French, decided it would be a great idea to use a Yorkshire accent. I'm not convinced that the voice he used for the protagonist had been agreed in advance with the author.

My advice would be to buy the book and read it to yourself.