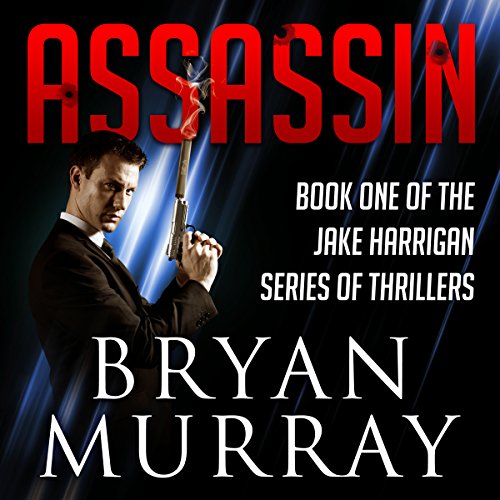 By: Bryan Murray
Narrated by: James Ralph Toppins
Try for $0.00

Jake Harrigan is a lethal government assassin based in Washington where his wife, who he adores, works for a large defense contractor, totally unaware of what Jake does for the government.

While Jake is on a dangerous mission to terminate the patriarch of a large family oil company in Dubai, who refuses to work on illegal arms deals with rogue government agents, Jake's bosses, his wife overhears those same agents and her boss discussing their treacherous plans, after which she and her friend are terminated, just to keep them quiet.

Jake is angry and devastated and with help from Sarah, a friendly federal agent, he goes in search of the people responsible, determined to kill them, not realizing that the vengeance-seeking Arab sons and lethal bodyguards of the man he terminated in Dubai, have been sent to kill him by his treacherous agency colleagues.

What listeners say about Assassin

Would you consider the audio edition of Assassin to be better than the print version?

What other book might you compare Assassin to and why?

What about James Ralph Toppins’s performance did you like?

He was very entertaining! He made the characters come to life.

Yes, the characters were very likable. I got very emotional at certain parts!

Great book! Very entertaining! I didn't want to get out of my car in the mornings!