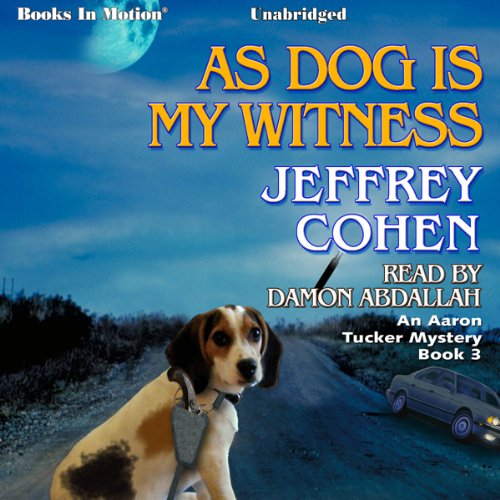 As Dog Is My Witness

By: Jeffrey Cohen
Narrated by: Damon Abdallah
Try for $0.00

Aaron Tucker, aspiring New Jersey screenwriter and occasional freelance journalist, puts on his sleuthing hat after a young man with Asperger's syndrome is arrested for a senseless murder. Despite damning evidence, including the accused's confession and possession of the murder weapon, Tucker, who has an autistic son, finds the nature of the crime incompatible with his understanding of the suspect's symptoms. Persisting even after a local mobster warns him off, the amateur detective uses his son to pursue the truth.

What listeners say about As Dog Is My Witness

Would you listen to As Dog Is My Witness again? Why?

Yes and I can't wait for the next Aaron Tucker book to come out.

What was one of the most memorable moments of As Dog Is My Witness?

Loved it for me he is Aaron Tucker

The mob, mystery and mayhem

Just a great little book with a fun sense of humour