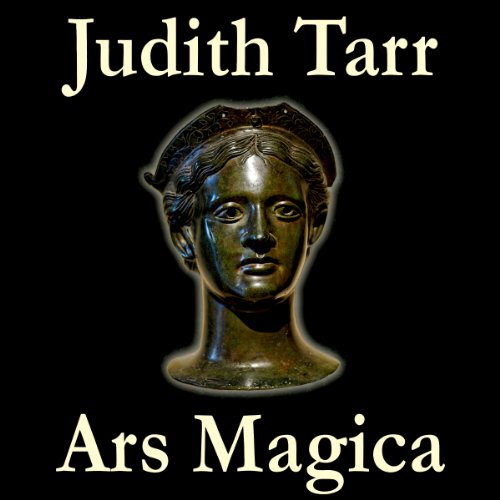 By: Judith Tarr
Narrated by: Jean Brassard
Try for $0.00

Gerbert was a farmer's son in an obscure town in France, but his gifts of mind and intellect were so remarkable that even in the feudal world of the tenth century, he could rise far above his station. Princes and prelates courted him; emperors called him friend and teacher. He brought the lost art of mathematics back into Europe; he was an astronomer, a musician, a builder of strange and wonderful devices. In the end he reached the pinnacle of the world, a seat so lofty and an authority so great that he answered only to God Himself. But Gerbert was more than a simple professor of the mathematical arts, or even a prince of the Church. As a young student in Spain, guided by his priestly patron, he entered into the study of another art altogether, a hidden art, mastering mighty powers of mystery and magic. Magic, as every student of the art knows, has a price - and the greater the magic, the higher the price. The magic that came to Gerbert was very great indeed.

What listeners say about Ars Magica

Hard to categorize but good.

What did you love best about Ars Magica?

The attention to historic detail and the mores and predjudices of the era.

What other book might you compare Ars Magica to and why?

None, this is definitely a creature unto itself.

What aspect of Jean Brassard’s performance would you have changed?

Sorry, but his accent is hard to get used to during the novel. His french accent was extremely pronounced at the start of the book which made it hard to understand. After a while he turns the French accent down a few notches and the narraration is much better.

This is a book that is hard to place into a genre. It is definitely fantasy but more of a historical novel than that. It isn't my normal cup of tea, but the story is well done and it works.

The Pope who mastered magic

A real, historical person, Gerbert de Aurillac started life as a farmer's son in an unimportant town in tenth-century France. He died Pope Sylvester II in 1003.

Along the way, he became an important scholar, teacher, mathematician, and by tenth-century standards, scientist.

According to legend, he may also have been a master of the magical arts. This is that story, starting with young Gerbert meeting his first tutor in the arts of magic.

This is a good, solid, engrossing story of mediaevel magic, politics, and history, with really excellent characters. Tarr as always knows the history more than well enough to do believable but interesting things with it, and make a stronger story overall.

Gerbert, his friend Richer, his rival Arnulf, his first teacher of magic, the Saracen Ibrahim, Emperor Otto II, and the other significant characters all have the complexities, mixed motives, strengths and weaknesses. For this reread, I listened to the audiobook, and the narrator is very good.