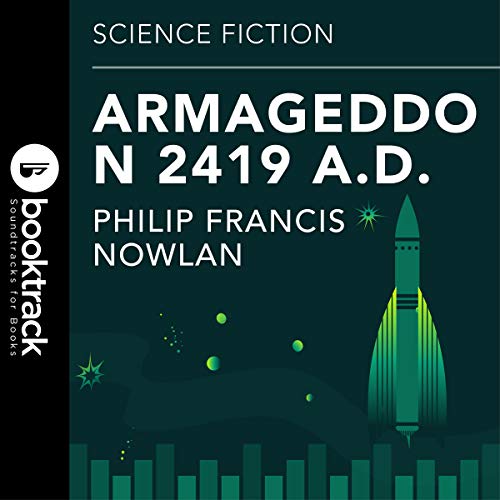 By: Philip Francis Nowlan
Narrated by: Alan Winterrowd
Try for $0.00

Listen to Armageddon 2419 A.D. with a movie-style soundtrack and amplify your audiobook experience.

Armageddon 2419 A.D. is the first appearance of the character who would become Buck Rogers. First published in the August 1928 issue of Amazing Stories, followed by a sequel in March 1929. These two novellas would spawn a comic strip that would run for more than 40 years, a radio series, a movie serial, and a bevy of imitators.

What listeners say about Armageddon 2419 A.D.

Interesting as a product of its time

Very different story from the media that came later. Only a smattering of details will sound familiar. It sounds like a man who is reading out of his journal about what happened after he “woke up.” It’s interesting mostly as a product of its time, and some of the ideas are imaginative.