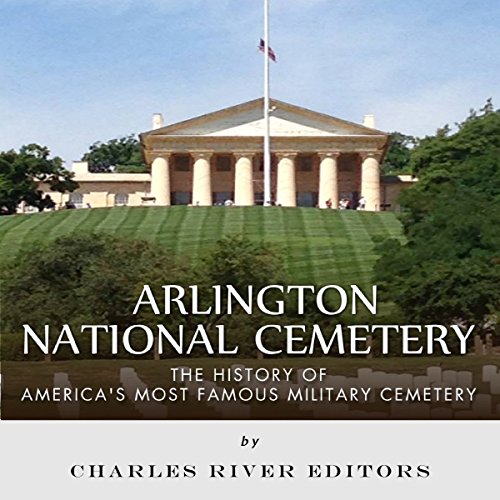 By: Charles River Editors
Narrated by: Michael Gilboe
Free with a 30-day trial

Explains the transformation of Arlington from a private estate to a military cemetery. Includes contemporary accounts describing Arlington and its history.

"Looking across this field, we see the scale of heroism and sacrifice. All who are buried here understood their duty. All stood to protect America. And all carried with them memories of a family that they hoped to keep safe by their sacrifice." (President George W. Bush, 2005)

Cemeteries are by their very nature tragic places, as they would never exist were it not for the inevitably cold hand of death that will certainly take out each person eventually. Given that fact, each bears its own unique history, whether it be the Valley of the Kings in Egypt or a small family plot in rural Georgia. Naturally, Arlington National Cemetery, sitting as it does on the very edge of the nation's capital upon a hill across the Potomac River, bears its own tragic aura, but it's certainly ironic that it was never intended to be a cemetery at all. Indeed, the very land was not meant to house the nation's dead but to support the family of the nation's father, George Washington himself. How Arlington went within just a few tragic months from stately mansion to solemn sepulcher is one of the most unusual stories in American history, but in many ways it is also one of the most fitting.

What listeners say about Arlington National Cemetery: The History of America's Most Famous Military Cemetery