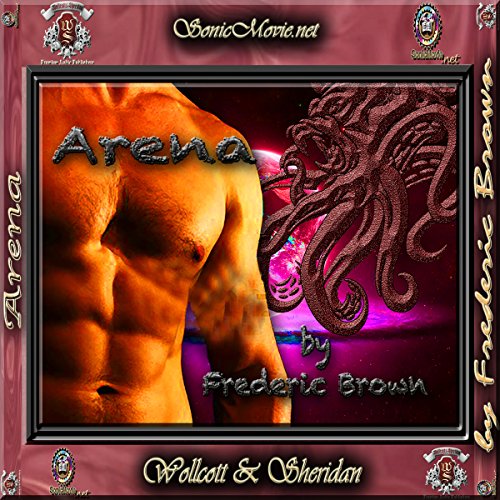 Snatched by an omnipotent being from an intergalactic battle between humans and the malevolent alien race The Outsiders that will end in mutual destruction, Carson finds himself sealed in an arena, a hemispherical-shaped force field slightly larger than a football field, encompassing a sweltering blue desert on an alien world. He on one side, an Outsider on the other, both naked, unarmed, are separated by an unmovable, invisible barrier in the equally inhospitable battle zone. The sole representatives of their races, they must fight to the death to protect their people, for upon the death of one, the entire species will be destroyed for the protection of the other by the omnipotent being that brought them to The Arena.

What listeners say about Arena (Annotated)

BOOK REVIEW.....
The story held promise but did not deliver on it.

AUDIO REVIEW......
The narrator talked to fast at times. And the delivery with the help of background noises was annoying.

I couldn’t even get through the story. The “acting” is cringe-worthy. Like someone wanted to make movies but couldn’t afford it. Awful.

This audiobook was provided by the author, narrator, or publisher at no cost in exchange for an unbiased review courtesy of AudiobookBlast dot com."

If you could sum up Arena (Annotated) in three words, what would they be?

What was one of the most memorable moments of Arena (Annotated)?

When the narrator attempts to circumvent the rules of the arena understanding the stakes at hand for failure.

Which character – as performed by Kevin Yancy and K. Anderson Yancy – was your favorite?

The narrator definitely, the confusion that leads into fear and tension that the character feels is transmitted effectively by the performers.

I didn't, but I was entertained which is all anyone can really ask for.

I received the code for this audiobook in exchange for an honest review and I recommend it to anyone who wants to experience a classic short story of science fiction by an old master of the art in a new light.